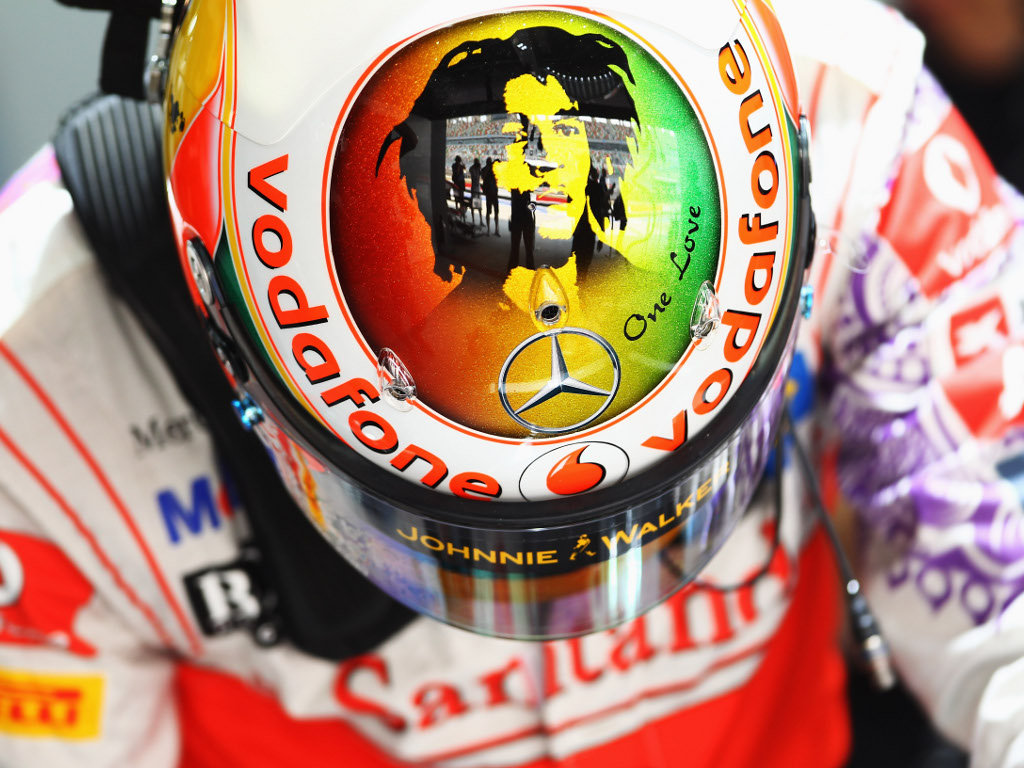 Lewis Hamilton believes his chances of achieving the win in India are good despite his three-place grid-slot penalty.

The McLaren driver incurred the punishment on Friday when ignored yellow flags in Practice One.

However, he did a great job at negating the penalty in qualifying when he put his McLaren up into second place, 0.296s adrift of pole-sitter Sebastian Vettel.

Hamilton, though, will drop to fifth on the grid due to his penalty but he’s confident he can come back from it as his MP4-26 has proven to be very quick around the Buddh International circuit.

“It has been a good day for me. I’m really surprised that we were able to split the Red Bulls,” he said.

“It’s great to be on the front row in terms of how we qualified but of course we’ve got the penalty. It was a bit of a silly mistake and I paid the price.

“We’ve still got good pace and there are two DRS zones so overtaking should be okay compared to other places. I’m still optimistic.”

Hamilton also explained why he opted not to complete his flying lap in Q3, saying that as he was down on Vettel’s time he decided not to waste his tyres when the possibility of beating the Red Bull racer’s time had gone.

“My first lap was very, very good, as much as I could get out of the car,” said Hamilton.

“Maybe there was half a tenth but it was on the limit in the second run.

“I was a tenth down going into Turn 15 but didn’t see much point in wasting the tyres for a potential half a tenth so came in.”