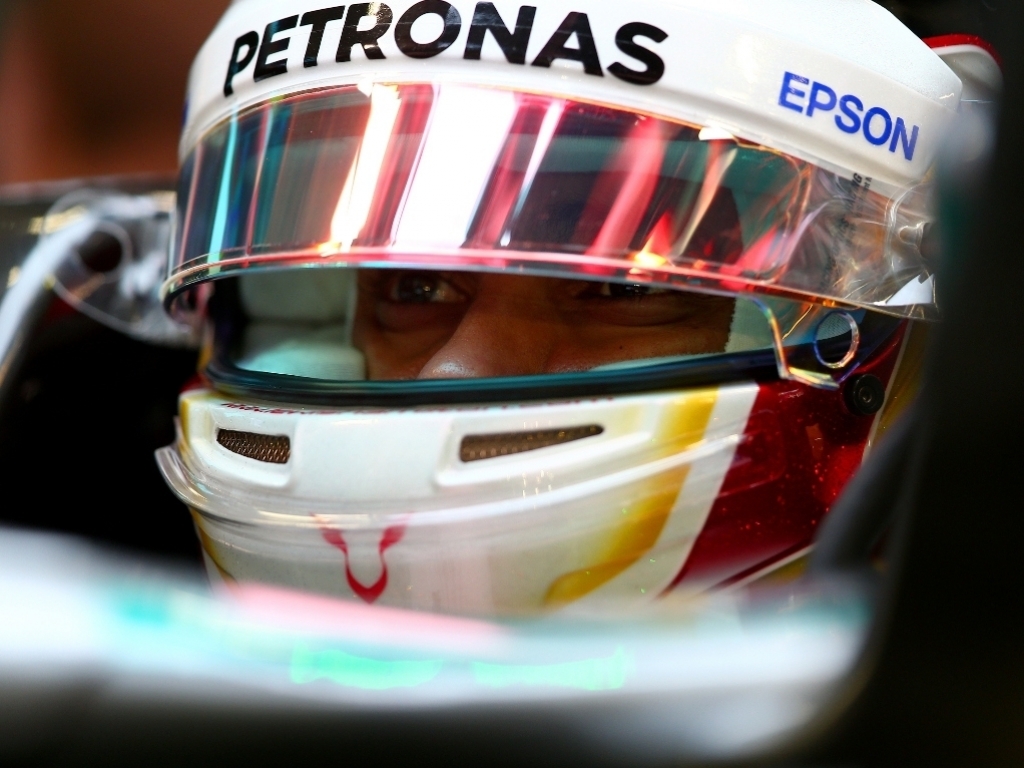 Lewis Hamilton concedes he will be up against it at the Singapore Grand Prix as he doubts Mercedes will be able to find an extra bit of pace to beat Ferrari and Red Bull.

Hamilton started the weekend looking to equal the great Ayrton Senna’s record of eight consecutive pole positions, but the reigning World Champion and his Mercedes team were well off the pace during qualifying as Ferrari and Red Bull dominated.

Instead of starting in pole position, Hamilton will have to fight back from fifth place as he was 1.4s off Sebastian Vettel’s pole time for Ferrari.

Asked by Sky Sports about the big gap to those ahead of him, he replied: “Tyres. I don’t know what we have got wrong, but big congratulations to the guys up ahead. To be honest it is a bit exciting to be having that fight. It is the first time we have gone into qualifying pulling even more out of the car if we can and therefore sometimes making mistakes.

“It was really challenging. These tyres, for some reason, aren’t working on our car, it’s so weird. You heat them up the same as everyone else and then you finish your lap where you think you have OK grip and then you see someone a second up the road, so it is very strange.”

Although he knows it will be tough to make his way through traffic, Hamilton vowed to give it his all on race day, but he also knows those ahead of him have been fast all weekend.

“The goal is to win the race, but overtaking is very difficult here,” he said. “The others, particularly the Red Bulls, were very quick on the long runs. We will fight as hard as we can, but I doubt we will find something between now and tomorrow.”