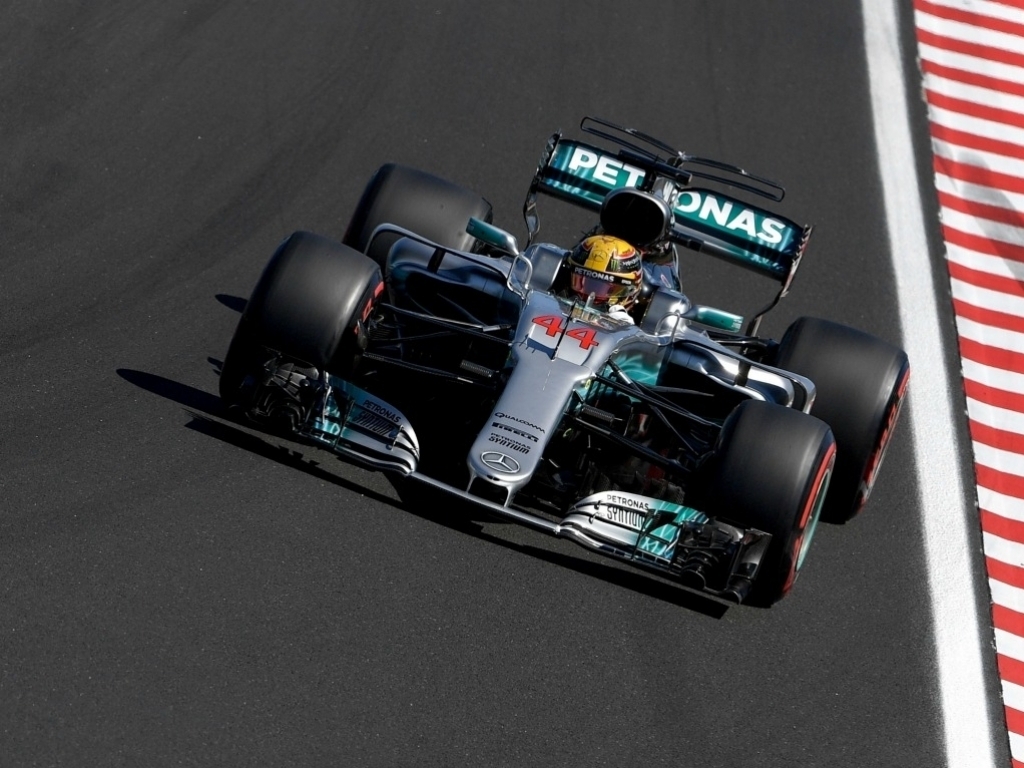 Lewis Hamilton is hoping race strategy can bring him into contention on a track he says you "cannot overtake" on.

The Brit has struggled with the balance of his car all weekend, but did show signs that he might be able to equal Michael Schumacher's all-time pole position record after going quickest in Q2.

But, Hamilton was restricted to just one hot lap in Q3 as he ran off on the exit of Turn 4 in the early stages and was forced to settle for P4 on the grid.

"It's not been the easiest, most straightforward weekend," Hamilton said in the paddock after finishing fourth. "The car felt pretty good, we made some improvements in qualifying and the laps were generally good apart from Q3.

"Not really, we knew they were quick and we were aware of their pace. I don't know if they brought an upgrade but I think we did quite well considering.

"You can't overtake here so it's most likely going to be a train unless we can do something on strategy."