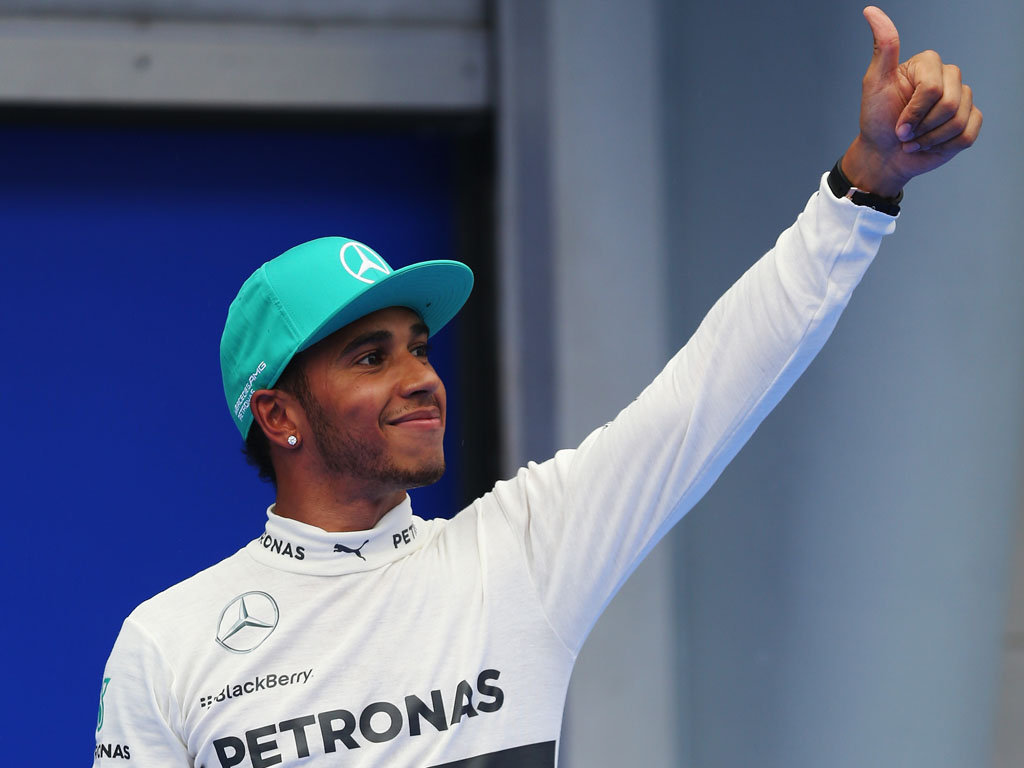 Lewis Hamilton has revealed he had to abort his final lap in qualifying as it was “almost impossible” to see the car in front.

The Mercedes driver and his team-mate Nico Rosberg entered qualifying as the two drivers to beat having topped all the practice sessions.

And although Rosberg had the edge in a delayed Q1, it was Hamilton who came to the fore in the second segment.

Moving into the third, the British driver ventured out on the full wet Pirelli tyres and clocked a 1:59.431 to hold the advantage ahead of Sebastian Vettel.

Coming down to the final run, with the rain still coming down, Hamilton backed off as he was struggling to see the track.

With everyone else also finding it difficult, Hamilton held onto pole position by 0.055s over Vettel.

“I’m really happy with how well we’ve done over the weekend,” he said.

“Today was incredible, just how much it rained before qualifying – how heavy was the rain?

“It was tricky out there for everyone because at the end it was almost impossible to see.

“I mean, I couldn’t do my last lap, I just couldn’t see a thing behind [Nico] Hulkenberg.

As for his goal for Sunday’s Malaysian GP, Hamilton, who retired from the season-opening Australian GP, says “the priority is to bag as many points as possible.

“We’ve got a great opportunity, a great car and a team that is performing fantastically right now. Fingers crossed we can see ourselves through to the finish line.”