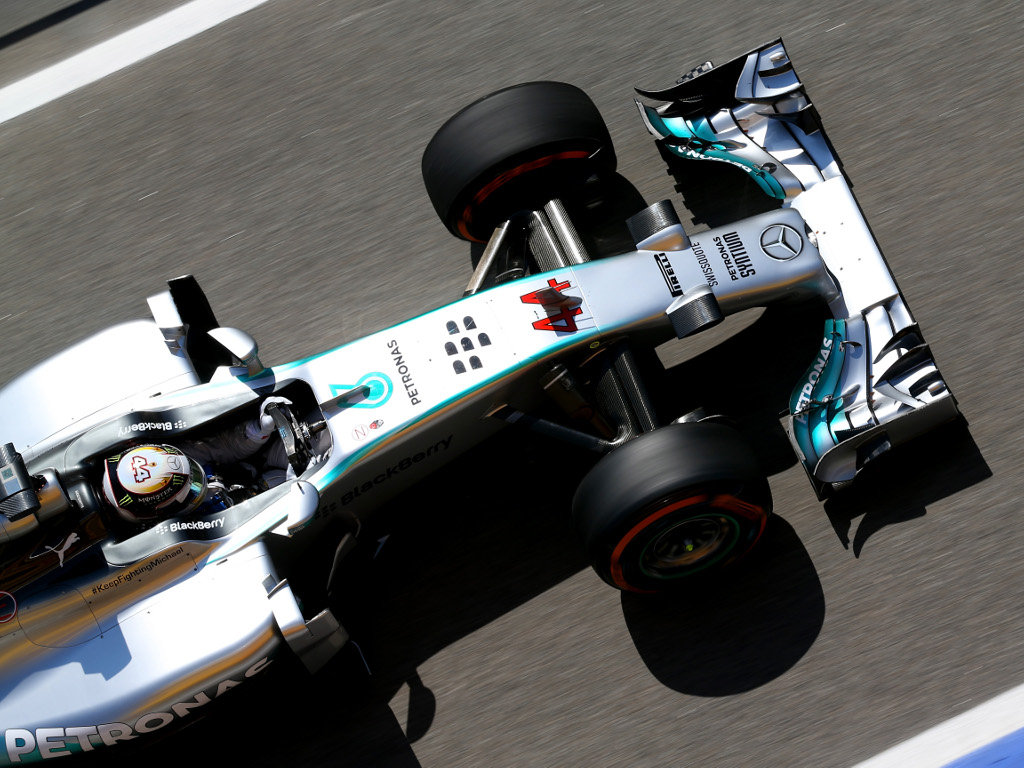 Depite blitzing the competition in Spain on Friday on his long runs, Lewis Hamilton admits it is still important to secure pole position…

Despite blitzing the competition in Spain on Friday on his long runs, Lewis Hamilton admits it is still important to secure pole position.

The Mercedes driver arrived in Barcelona on the back of his first-ever run of three successive grand prix wins.

Momentum is clearly with the British driver and that was backed by pace in Friday’s practice sessions.

Hamilton topped both 90-minute sessions, finishing with a 1:25.524 which was 0.442s quicker than his team-mate Nico Rosberg’s fastest lap.

However, it wasn’t only on qualifying-style runs that Hamilton had the advantage.

The 2008 World Champion also showed impressive pace on a long run on the medium tyres, more often than not a full second quicker than anyone else.

But while Hamilton’s pace may have been a surprise to all the teams wanting to close the gap, it was the life of the Pirelli tyres that caught the Brit’s attention.

“They didn’t seem so bad,” he said of the Pirelli tyres.

“When they told me I had to do 14 laps on the option tyre I was like ‘you’re crazy, that’s not going to happen’ but I think I did more than that. It’s surprisingly a lot better.”

Pressed as to whether a two-stop race was on the cards, he said: “I don’t know. It’s not impossible. I’ve not really thought about it.”

The one thing he has thought about is starting from pole position.

In 17 of the last 23 races at the Circuit de Barcelona-Catalunya the driver starting from pole position has gone on to take the chequered flag.

“I think even with the pace we have it’s always important to get pole.

“Pole is always important, but it is especially so here because it is so difficult to get past people, especially those with a Mercedes engine!”

The 29-year-old also raved about his Mercedes team, saying he’s in a “good” place at present.

“It really means a lot to me to feel that I am an integral part of this team and I love the huge energy that goes into the car and working with the engineers.

“It gives me a really special feeling. These guys, the engineers, they can do anything and it is up to us to help by ‘steering the bubble’ and me and Nico, we do it together.”