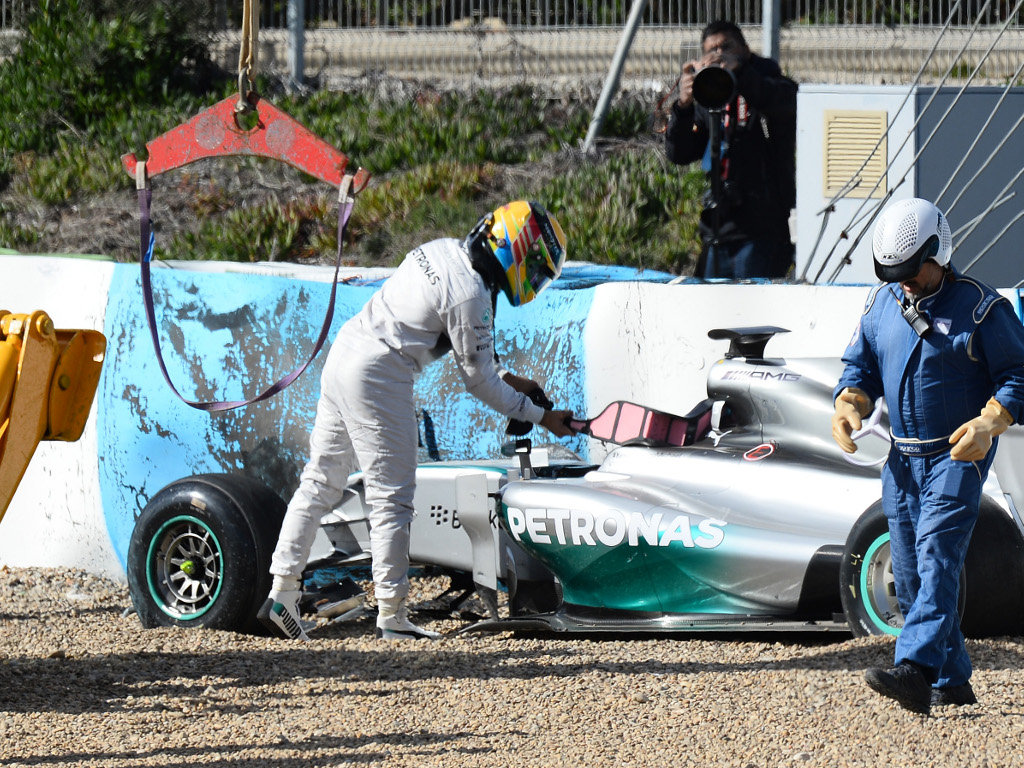 Lewis Hamilton crashed his brand new Mercedes W05 after it suffered a front wing failure on Day One at Jerez.

Putting in the laps at the Jerez circuit on the opening day of pre-season testing, Hamilton posted a 1:27.621 to hit the front of the timesheets.

The Brit crashed into the barriers at Turn 1, causing a fair bit of damage to his W05.

“A car failure for Lewis put him off at Turn One,” tweeted Mercedes.

The team later confirmed that it was a front wing failure.

“We can confirm a front wing failure on car 44,” said the team. “The reason is now being investigated.”

Despite his running being cut short on the day, the Brit says he was pleased with how things went.

“For me it’s an incredibly positive start to be the first car out on track and completing a good number of laps,” said Hamilton

“Other teams have been going out for single-lap runs, starting a few hours after we had, so to have started running through our test programme was very encouraging.

“The car feels quite good, especially considering it’s so early in our programme.

“It’s unfortunate to end the day early when everyone has worked so hard, but we’ll make that track time back and it’s better to have these things happen now than [at the opening race] in Melbourne.

“I’m really proud of the team for what they’ve achieved in getting us here and we’ll keep pushing.”

He finished the day second quickest after being overhauled by Ferrari’s Kimi Raikoknen by 0.7s.

Gallery: Day One Of Testing