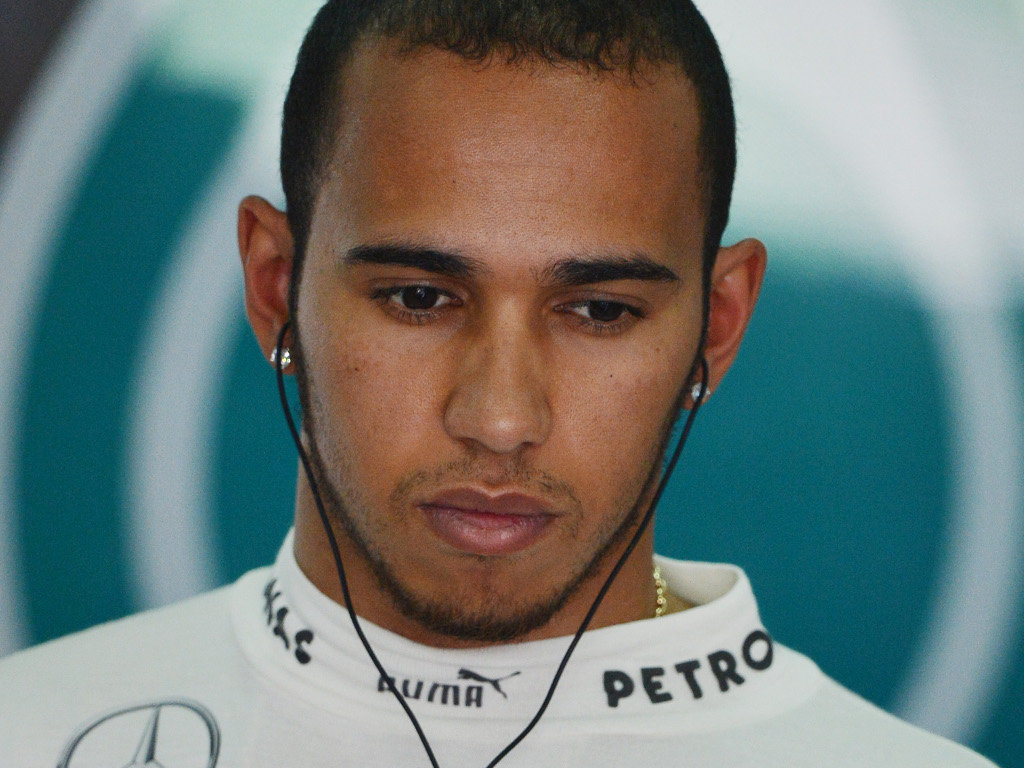 Lewis Hamilton has no complaints about second row start position despite admitting he wanted “pole” position.

The Mercedes driver has had a solid start to his career with his new team in Australia and it was more of the same in Malaysia where Hamilton was running near the front throughout qualifying.

However, a late charge from Sebastian Vettel and the two Ferraris, dropped him to fourth place by the end of a wet final qualifying segment.

In the immediate aftermath the Brit said: “I want to be on pole so initially when you get out of the car you don’t think you’re happy.”

However, later upon reflection he revealed that he was “pretty happy with fourth place considering the conditions today.”

The 28-year-old added: “The car was not too bad in the dry but the balance could have been a lot better, then it was pretty tricky conditions in the wet during Q3.

“We did our lap with older tyres than the guys in front, which was a bit unfortunate, but our pace was good overall so I can’t complain.

“It’s the second race on the second row for me and there are lots of positives to take out of the weekend so far.”

Looking ahead to Sunday’s Malaysian Grand Prix, the Mercedes driver is cautiously optimistic.

“Our long run pace looked pretty good compared to the other teams so I’m hoping for dry conditions tomorrow.”