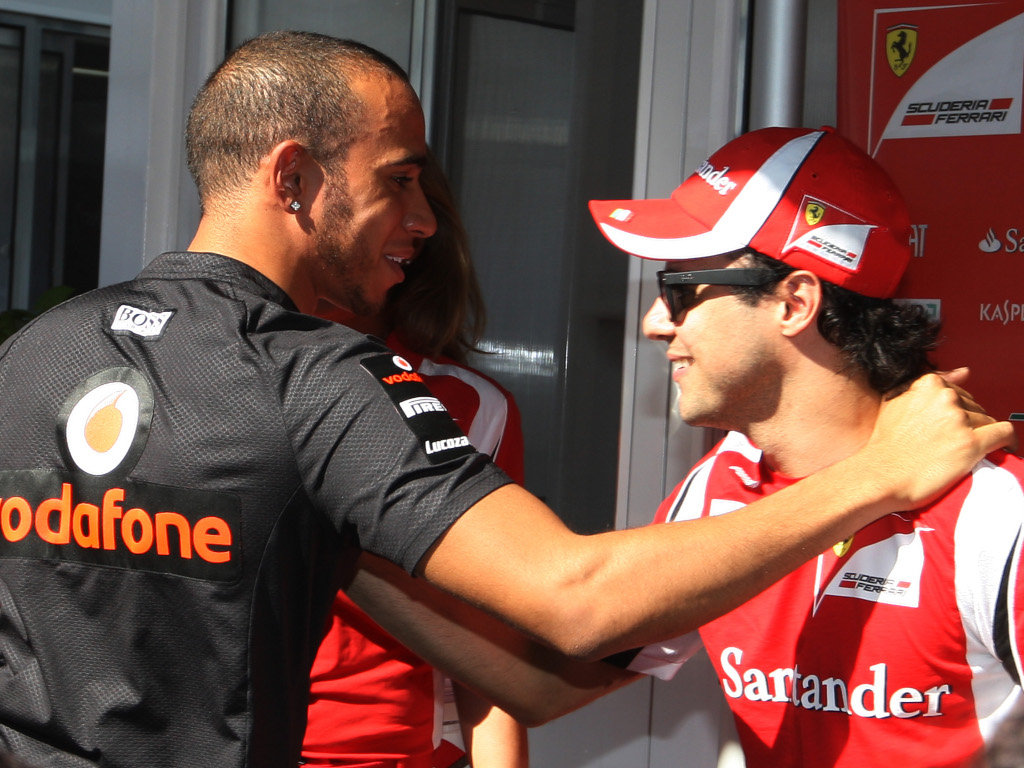 Lewis Hamilton has buried the hatchet with Felipe Massa following an accident-filled season between the two.

Hamilton and Massa had an on-going feud throughout this year’s Championship, resulting in no fewer than six incidents.

There were also some harsh words spoken with Massa questioning on several occasions whether the McLaren driver used his “brain” when he was driving.

And then of course there was the infamous ‘slap’ when Massa confronted Hamilton while the latter was giving an post-race interview to a German TV station.

Hamilton did not take kindly to the Ferrari driver’s actions and, after telling him “don’t touch me man” walked off.

But it was a complete turn around in the aftermath of Sunday’s season finale in Brazil when the touching was okay as the two embraced and called a truce to their feud.

“It’s been a long hard year for all the drivers, and I hope they all have a good winter,” Hamilton said.

“It was good to have a nice chat with Felipe after the race.

“I have great respect for him and I’m already looking forward to racing him again next year.”

And Massa more than welcomed the McLaren driver’s move towards reconciliation.

“I want to say I was pleased Lewis came round to see me while I was talking to the journalists. It was a very nice gesture on his part.

“I never had anything against him. I always respected him, even this year after everything that has happened.”