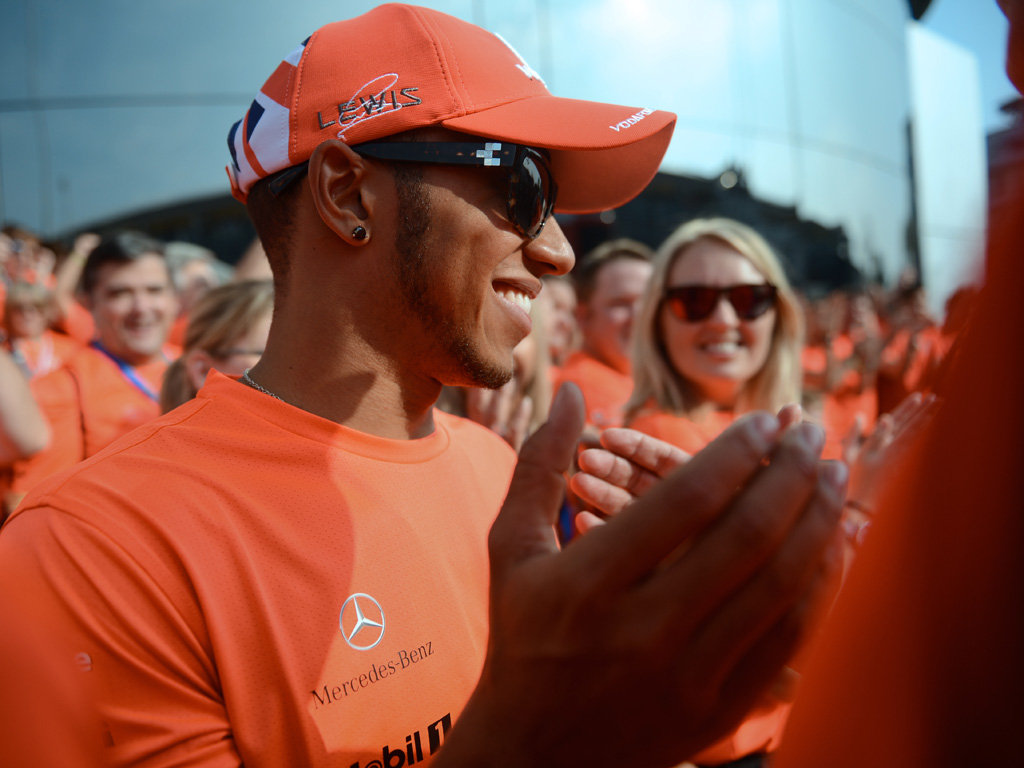 Lewis Hamilton believes the tricks to win this year’s World title will be quick pit stops, a fast car and a consistent driver…

Lewis Hamilton believes the tricks to win this year’s World title will be quick pit stops, a fast car and a consistent driver.

As a result the 27-year-old has climbed to second place in the Drivers’ Championship where he trails Fernando Alonso by 37 points with 175 still to play for.

“Fernando has been incredible consistent throughout the year, he’s had a lot less problems than others have but that’s the name of the game,” Hamilton told Reuters.

“You need a team that doesn’t mess up in the pit stops, a car that’s reliable and then you need to do your job.

“Unfortunately, I have come out (retired) a couple of times – or been taken out – and we have had a lot of pit stop problems but no reliability problems.

“So if we can continue the rest of the season by having the fastest pit stops, the fastest car and the most consistent driver then we should be able to win the title.”

Heading to Singapore, round 14 of the Championship, Hamilton is one three drivers who has tasted the victory champagne at the Marina Bay circuit and the Brit is hoping that another good result this weekend will see him head to Japan still firmly in the hunt.

“The least I can hope for from this week is just to remain in the fight. We have a good car so I hope that the performance we had in the last race is reflected here.

“I feel I am in a good head space. I am fit and ready. Let’s keep fighting.”

The Brit was also questioned about his lack of joy in the wake of his Italian GP victory, which some took to mean he is no longer happy at McLaren.

However, Hamilton says it had nothing to do with that.

“We buried my aunt that week, so she was constantly on my mind, she had been on my mind for particularly the last three weeks or so, so it has been a tough time for the family, and just had a lot on my mind,” he said.

“It was nothing to do with being unhappy. Trust me, I was happy. I just won a grand prix I had never won before.”