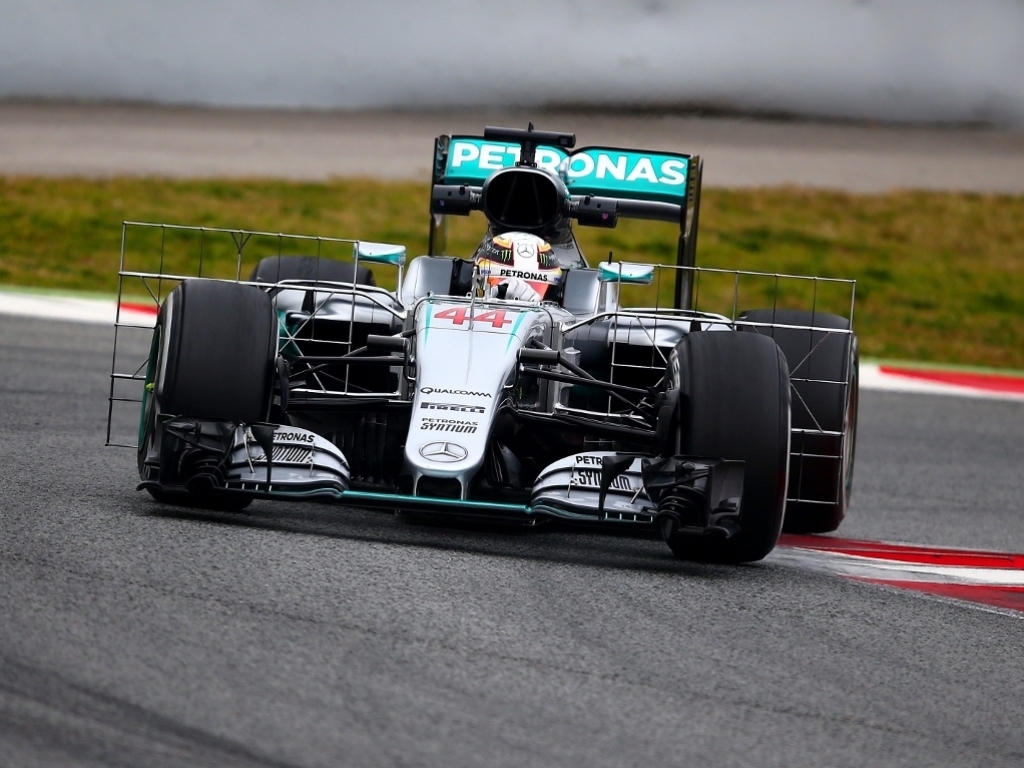 After his race simulation on Tuesday, Lewis Hamilton switched to qualifying mode in Spain and almost immediately went quickest.

The Mercedes driver spent his first few days of testing on the medium Pirellis but finally swapped to the soft tyres on Wednesday morning.

Opting for runs that comprised one hot lap that was sandwiched between two slow laps the reigning World Champion posted a best time of 1:23.622.

That put him quickest at the lunch break ahead of Kevin Magnussen in the Renault. The Dane was 0.311s slower than the Mercedes driver despite using the super-softs for his flying lap.

Sebastian Vettel was the quickest of the those on the medium tyres with the Ferrari driver third fastest with a 1:24.611. He had a busy start to the morning, racking up 63 laps as Ferrari looked to put Tuesday's troubles behind them.

Valtteri Bottas was fourth ahead of Jenson Button, who used the soft tyres, and Daniel Ricciardo. Although the latter covered 42 laps the majority of his morning was spent on in and out laps as Red Bull focused on pit stop practice.

Carlos Sainz was not far off the Aussie's pace, just 0.065s down, while Sergio Perez was eighth ahead of Pascal Wehrlein.

Marcus Ericsson was the last driver to set a time as he made a very late appearance, only putting in his first flying lap 10 minutes before lunch. His best was a 1:30.309.

It was another wretched morning for Haas and Esteban Gutierrez, who did not set a lap time. The team's troubles continued on from Tuesday with team principal Guenther Steiner revealing: "After changing the turbo charger last night we saw an anomaly, we're investigating and we hope to be back out later."

The morning's session was extended by five minutes as the marshals and drivers conducted a Virtual Safety Car test.