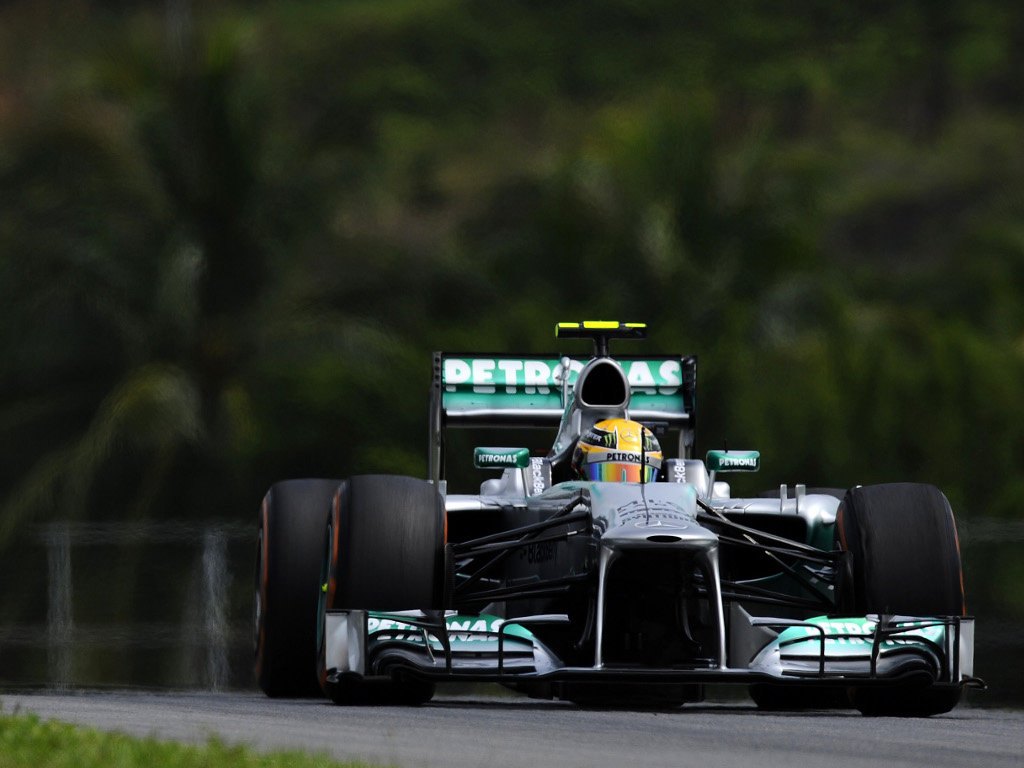 Lewis Hamilton believes Mercedes will have a good Sunday in Malaysia as his W04 is not “eating up the tyres too much.”

While several rivals complained about high degradation with their Pirelli tyres at the Sepang circuit, Hamilton found that his held up during his long runs in the afternoon.

Mercedes opted to focus on race set-up during the first half of FP2 with both Hamilton and Nico Rosberg putting in the laps with high fuel loads.

And Hamilton was pleased with the results.

“We had quite a good long run in this session so we don’t think we’re eating up the tyres too much,” said the 28-year-old.

“In the first session we did chew up the tyres a bit but that was mostly due to the set-up of the car, we had a very oversteery set-up.”

The Brit, though, was quick to downplay any suggestions that Mercedes could be fighting for the race victory this weekend.

Asked by Autosport if Mercedes could be as competitive this weekend as they were in Australia, he said: “When we did the long-run, it felt pretty strong.

“It felt quick and better than it did in the last race and fingers crossed it will be.

“We have taken a step forward on long-run pace but the others look pretty quick as well so it’s difficult to judge where we are.

“The Lotus looks really quick and it’s not until after I analyse the laps that I can judge how good ours was.”