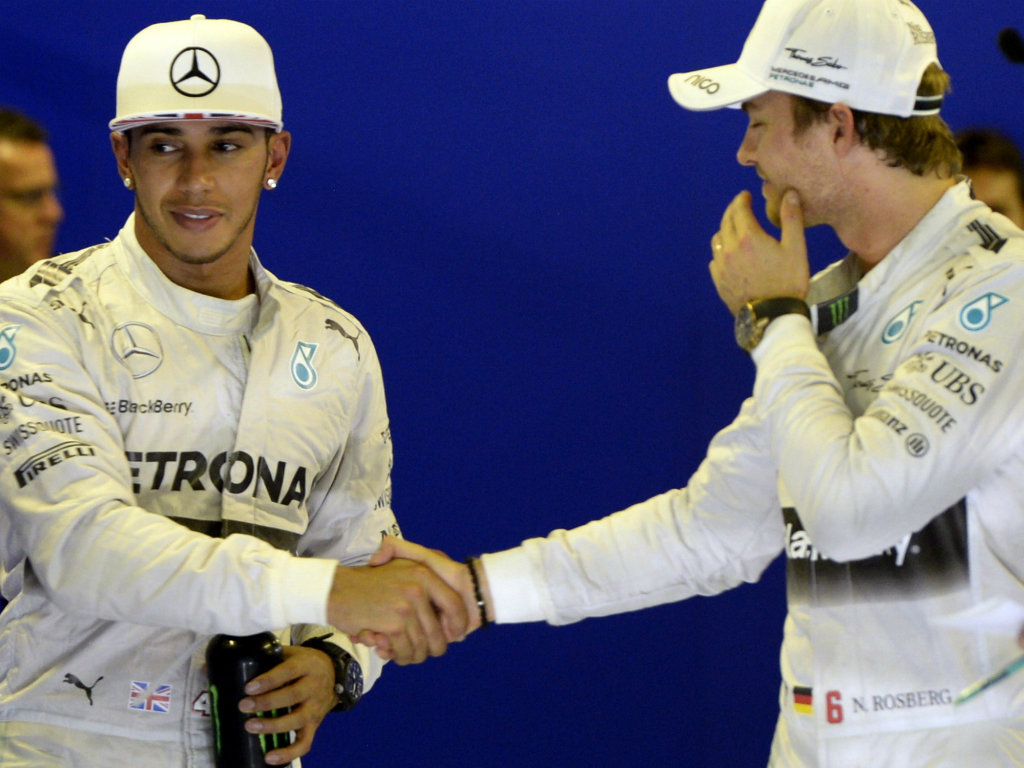 Lewis Hamilton says he won’t change his approach for the 2014 title decider in Abu Dhabi on Sunday and is ready for the battle with Nico Rosberg.

The Brit will start the season finale in second place after his Mercedes team-mate Nico Rosberg claimed his 11th pole position of the campaign. But Hamilton will start the race with a 17-point advantage and only needs to finish second if he wants to secure his second Drivers’ Championship.

While the German was pretty smooth during Q3 to take the honours, Hamilton just couldn’t produce the perfect lap.

“I’m not particularly disappointed with [my performance],” he is quoted as saying by Crash.net. “Of course, you always want to be on pole as that’s what we work for. I had good pace throughout practice – and particularly on the long runs, which is comforting – then Q1 and Q2 was good. Q3 was just about not putting a comfortable lap together – it wasn’t really a lot of mistakes or anything, just not a great lap. Nico did a great job, but we’re still there for the fight tomorrow.”

Hamilton was short on words during the initial post-qualifying press conference and when prompted how he would approach the first corner he only replied: “The same as every time.”

He was a little bit more forthcoming later when asked about how different this year’s title challenge is from 2008 when he won Championship in the final race ahead of Felipe Massa from Ferrari.

“I don’t really remember much from 2008 but, obviously, it was a great season,” he said. “This is a lot different, as I’m much older and, hopefully, wiser, having learned a lot along the way. It’s a great battle, although it’s different when it’s your team-mate and not someone from another team. But it’s just as exciting…”