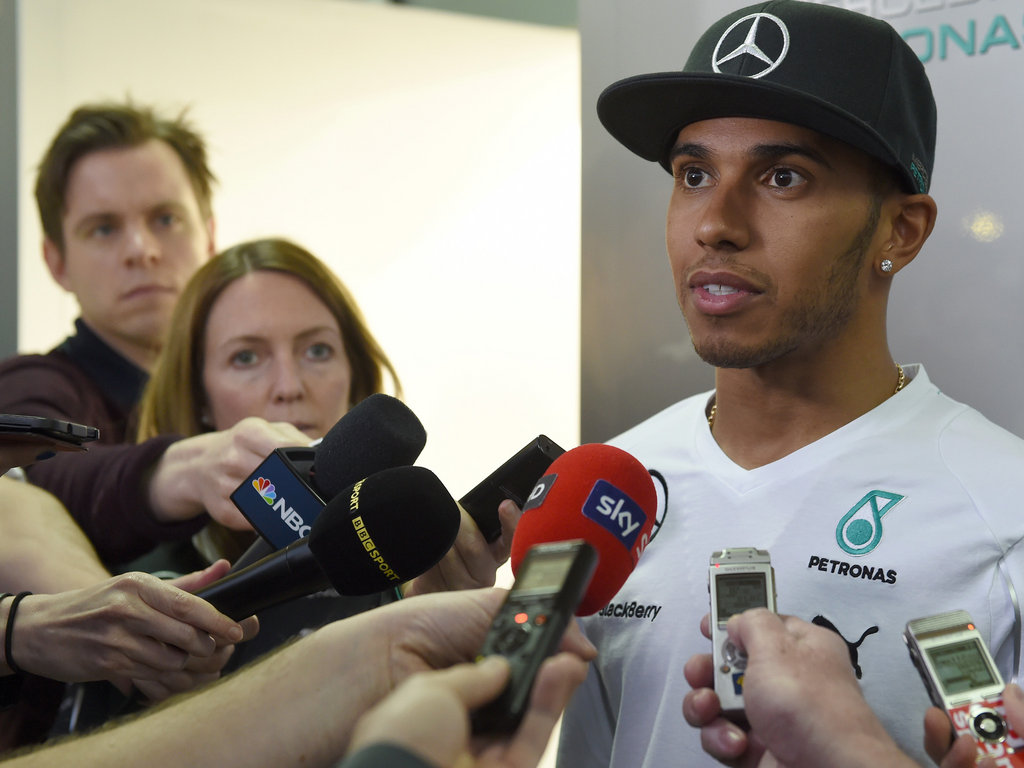 Lewis Hamilton had no complaints with his Mercedes team after another productive days of testing.

Returning to the track on Wednesday for the first day of testing at the Sakhir circuit, Hamilton managed 74 laps despite a minor brake problem.

It was yet another solid showing from Mercedes, who covered the most laps of any team at the opening test in Jerez.

“To be able to come to the test and get the mileage, especially when everyone’s shown just how difficult it is with these new regulations.

The Brit, though, was quick to insist that Mercedes were also having a few troubles of their own with their new W05 and its 1.6-litre V6 engine.

“It’s still a massive challenge for us.

“Whilst it looks like we’re doing lots of laps, it’s still a massive challenge for us and we’re still coming across issues and things that we’re finding out about the car.

“It looks like other people are having issues and some perhaps bigger than others.”

And although Hamilton finished the day third quickest, 1.028s behind pace-setter Nico Hulkenberg, he says working on reliability is still Mercedes’ number one aim.

“In the first test we were trying to get mileage on the car and not really focusing on any of the performance, but we will begin to,” the 29-year-old added.

“Today was a test again for the reliability. It’s good thing; you want issues to come up because you don’t want to have them when the season starts, even though it’s kind of a downer if something stops you during the day.”

He added: “When I say we didn’t get as many laps as we’d like, we know the car can go further. But of course when you take a step away and you look at the whole picture we are at the top of the mileage. So I’m really, really happy with that.”