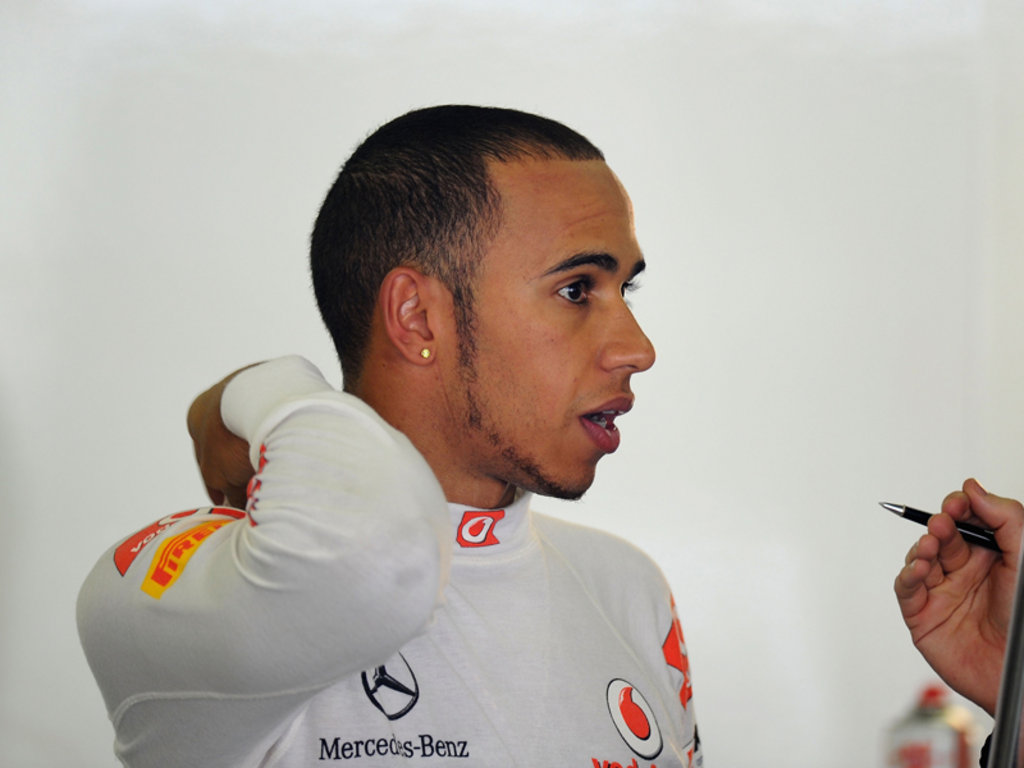 Lewis Hamilton is confident Red Bull will be overhauled at some point this season but admits it could be “several races” before that becomes a reality.

Hamilton and team-mate Jenson Button trailed in the wake of the in-form Sebastian Vettel in qualifying for Sunday’s Chinese Grand Prix as the World Champion wrapped up the 18th pole of his career.

The German has largely had everything his own way in 2011, taking wins, setting fastest laps and earning pole positions at a canter, yet McLaren are just tenths of a second behind and leading the chasing pack.

Come the end of this weekend’s race in Shanghai it will be time for F1 to return to its European heartland, where traditionally the speed of development moves up a gear.

And Hamilton, who qualified third in Shanghai, just behind Button, has warned the race to develop the cars off the track will soon become just as frenetic as the action on it.

“We’re doing our best to catch up,” said Hamilton when asked if Vettel would remain untouchable.

“It’s encouraging for us to have been on the first and second row for the first three races, considering where we were in winter testing.

“It is possible but I’m sure it will take several races, probably, before we get to where they are now.

“But I’m sure they will also make many, many steps forward, so we will continue in the chase, and hope that our development rate can be as fast as theirs, if not better.”

Team-mate Button added that of all the teams on the grid, McLaren are the best-equipped to take the fight to the reigning Constructors’ Champions.

“There are 24 of us on the grid and there’s only one person that’s ever going to be completely fulfilled with their race result,” he said.

“We are in a better position than anyone else on the grid to challenge the Red Bulls. We should be happy with that and what we’ve achieved so far this year.

And the man they are all chasing is only too aware that he will come under increasing pressure as the series begins its European leg, starting in Turkey in three weeks.

“I think once we go to Europe then it’s a bit easier to bring the parts, customs are less strict,” Vettel said. “It makes our life much easier.