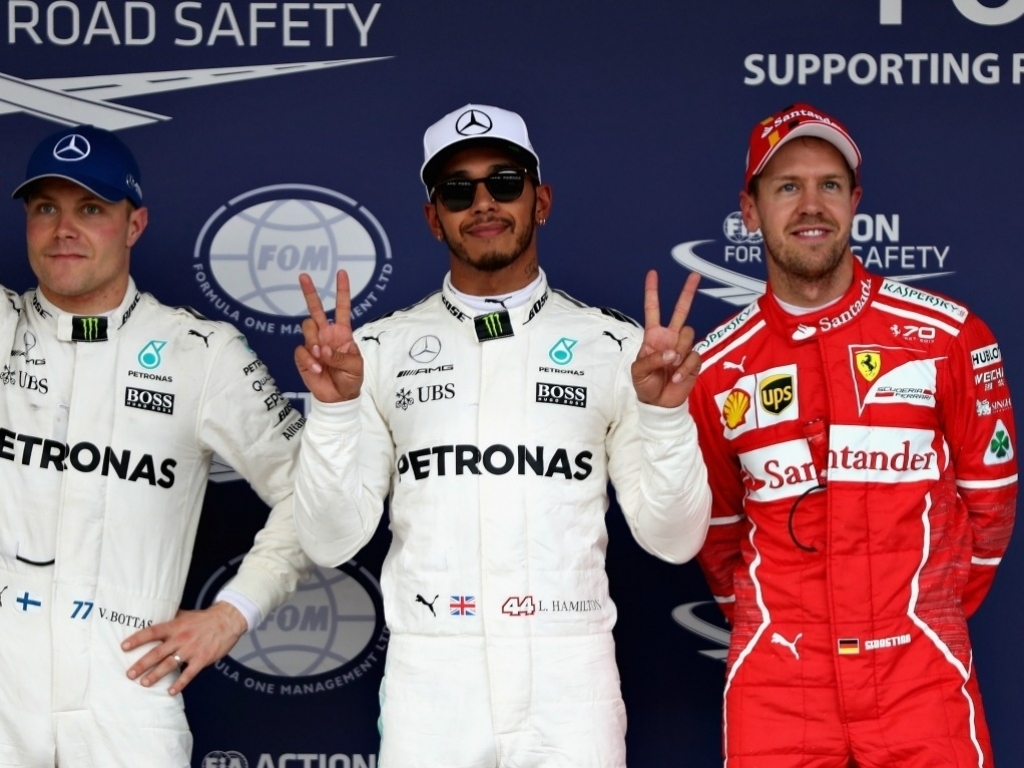 Lewis Hamilton has described his qualifying laps as "crazy" as he secured his first-ever pole at the Suzuka circuit in dominant style.

Nobody could get close to the Brit, who took his career pole tally up to 71 with a gap of three tenths to Valtteri Bottas and Sebastian Vettel a further tenth behind in P3. But, due to Bottas' gearbox penalty, Vettel will join Hamilton on the front row.

"It's been a really good day and every lap was fantastic," Hamitlon told Jenson Button in the post-qualy interviews.

"So to finally get the balance behind me with the great work of my engineers and the great timing from all the mechanics, I finally got on track and did the time.

"The car is crazy here, I wish you could feel it."

Hamilton also praised Bottas for his performance and also revealed that he was determined to clinch pole here and add the track to his ever-growing list.

He added: "I'm running out of opportunities to get this pole so I made sure I made it stick today.

"Valtteri did a great job, obviously he's got the penalty at the start, but still he's got a great opportunity in the race to get up there with us."

Looking ahead to the race, Hamilon said: "It's going to be a different view [from pole].

"We've worked hard for the car to hopefully work well in the race. It's always harder here once you get to the race, those Esses really kill the tyres, so I'm hoping we'll be in a good position for that.

"Naturally the Ferraris will be rapid, as they always are, but the plan is to keep them behind."