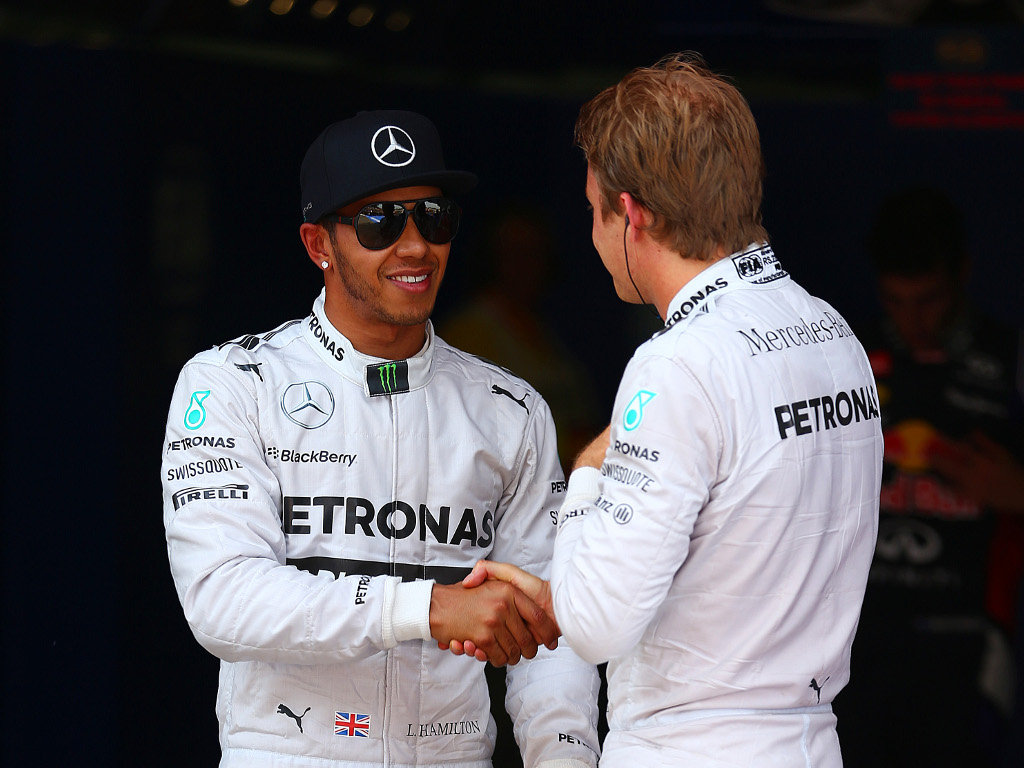 Lewis Hamilton says he had to drag “everything and more from the car” to beat team-mate Nico Rosberg in Saturday’s Spanish GP qualifying.

Rosberg had the edge over his team-mate throughout the first two segments as Hamilton struggled with the balance of his W05.

The Brit, though, was able to wrestle that extra bit of pace out of the car when it mattered most, crossing the line with a 1:25.232.

Taking pole position by 0.168s over Rosberg, Hamilton will start from the coveted grid slot for the fourth time this season.

The 2008 World Champion, though, says it was anything but an easy afternoon.

“Nico has been driving really well all through P3 and through qualifying so I didn’t know if I could get it.

“In the end I just had to eek out absolutely everything and more from the car.”

Qualifying also saw Mercedes win this weekend’s development war as, despite rivals arriving at the track with updates, the Brackley team’s updates allowed Hamilton and Rosberg to extend their advantage.

Hamilton added: “Coming here this weekend, we obviously didn’t know where everyone was going to be but to see the development and the hard work that has gone into getting my car ready for this it inspires me.

“A really big thank you to the team. To have the kind of performance we have, I’ve never really known that before.

“It was very difficult out there, the track conditions are pretty poor but I’m overwhelmed, I’m so happy.”

As for Sunday’s 66-lap Spanish Grand Prix, the Mercedes driver is confident he won’t be dogged by more balance issues.

“I am not worried for tomorrow, [the] concern [was] for today with balance being tricky.

“My long run yesterday was good but the track went away from us, from everyone, yesterday.

“We can adjust some things on the settings and the front wings, hopefully I will get that right for the race.”