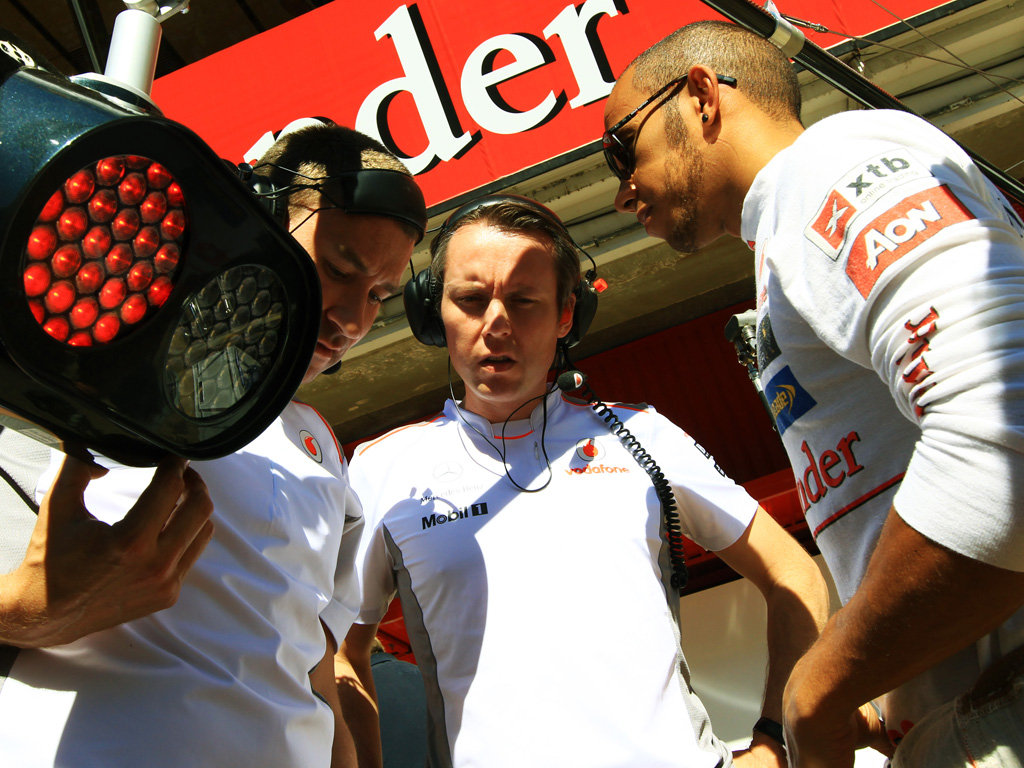 Although he has yet to claim his first win of the season, Lewis Hamilton believes the intense competition at the front is a “pleasant situation”…

Although he has yet to claim his first win of the season, Lewis Hamilton believes the intense competition at the front is a “pleasant situation.”

Four grands prix into the season and already Formula One has seen four different drivers from four different teams take to the top step of the podium including a first time winner in Nico Rosberg.

Hamilton, though, is one driver who has not won a grand prix with his best results being a trio of P3s achieved in the first three races.

At the previous race in Bahrain he slumped to eighth after not one but two issues during pit stops dropped him down the order and into traffic.

“There is a lot of pressure on all the teams, especially as we have this very close season so far,” Hamilton said.

“For me, all of this is a pleasant situation.

“This is exactly what we want – rather than two teams dominating and then having a chunk in the middle and one at the back. Fact is that it was not too easy during the last races to overtake a Williams or a Sauber.

“It is a very, very close season – you do not know whereabouts you lie.

“There have been some interesting wins this year already, but this is exactly how the season is going to be and hopefully it will become one of the most exciting ones also for the fans.”