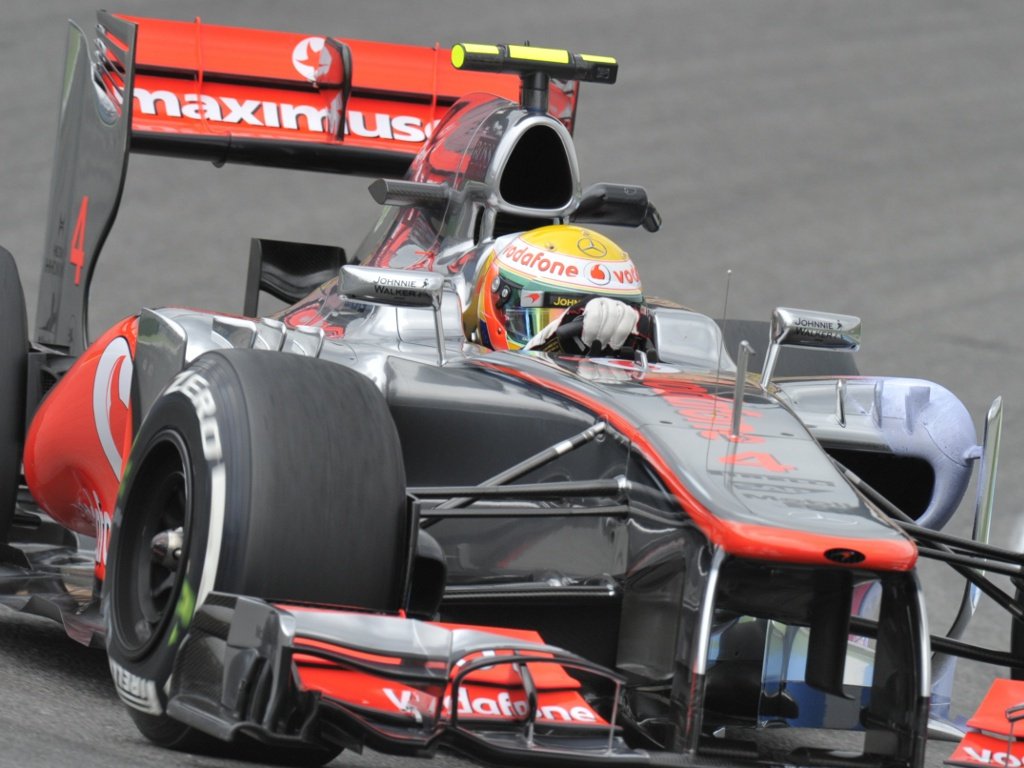 Lewis Hamilton was not willing to pass judgment on McLaren’s latest batch of updates after two sessions of mixed conditions in Germany….

Lewis Hamilton was not willing to pass judgment on McLaren’s latest batch of updates after two sessions of mixed conditions in Germany.

McLaren arrived at the Hockenheim circuit for round nine of the Championship with several updates for their MP4-27.

The upgrades included new sidepods, rear wing and other updates “hidden to the naked eye.”

However, the conditions on Friday – with rain showers in both practice sessions – prevented McLaren from getting an accurate picture of how their updates performed.

“We only had a couple of laps in the dry and we didn’t get to back-to-back them so that we could start off with the car from the last race and then put the new stuff on,” Hamilton told Sky Sports News.

“But the car felt reasonably good all day, so a really good job from the guys.”

He added: “We won’t know until tomorrow, and if it’s wet then we might not know until the race. But it’s definitely a step forward – how much it is, I can’t really tell you.”

His team-mate Jenson Button, who set the pace in Friday’s first session in the dry, spoke a bit more encouragingly about his day which saw him focus a lot on getting the most out of his Pirelli tyres.

“For us, trying to get the tyres working is one of our main issues, so we spent a lot of time focusing on that – it wasn’t all successful, but when things came together, our pace was good,” the Brit said.

“We’ve still got some more work to do to be quick in the wet, but FP2 was a useful session in terms of telling us where we need to be heading.”

The 2009 World Champion also took the time to thank McLaren for the efforts that resulted in the new upgrades, which Button says he’s “happy” with.

“I think we should be happy with most of the parts we’ve put on today – most of them worked correctly – so it’s nice to see the improvement. I want to say a big ‘well done’ to the guys at the factory, they’ve done a great job.

“Hopefully we’ll be able to see the improvement in performance throughout the rest of the weekend.”