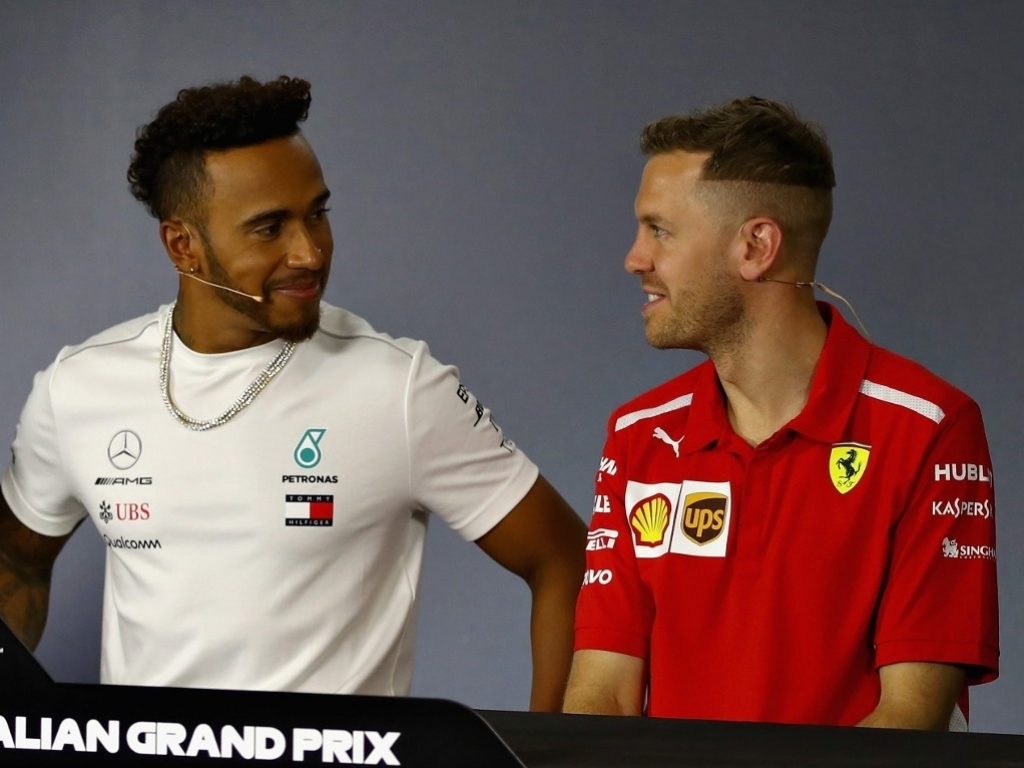 Lewis Hamilton says his respect for Sebastian Vettel has grown a "considerable amount" since the 2017 Azerbaijan road rage incident.

Ten months ago, Hamilton branded Vettel a "disgrace" after the German deliberately hit him during the Baku race.

Vettel felt that Hamilton had brake tested him behind the Safety Car and reacted by pulling alongside the Brit and swerving into his car.

The Ferrari driver, who was given a 10-second stop-go penalty during the race, later admitted that his actions were wrong.

Asked about the incident ahead of this year's Baku race, Hamilton said his respect for his title rival has since grown.

"It's good to see fire within the people that you're competing with, it's also good to see that they're not perfect because I guess nobody's perfect," said Hamilton.

"We all make mistakes but it's more so how people handle it and how they progress [that] is what you can really learn from.

"The respect has grown, actually, a considerable amount since then.

"I'm sure it will continue. He's continued to progress as the champion that he is – how he presents himself, how he speaks – he continues to grow."

Hamilton is expecting a close fight against Ferrari and Red Bull this weekend with the Mercedes driver, who is yet to win a race this season, conceding that the Brackly team's rivals have closed the gap.

"The others have definitely stepped up. We've made a step forward but they have made a bigger leap," he said.

"Coming to the end of last year, all the teams were a lot closer at the last race. It's always easier to catch up but to be pioneering, which we have been for the last four years, has been exceptional.

"There are certain operations and things in the background that can be better but it's all about the whole team working at 100 per cent.

"It is small, small percentages that are going to make the difference. We are still the same team that has won in previous years. I think we really can battle out these guys.

"Now we have Red Bull at their best, or closest to their best, and Ferrari at their best. If we are able to pull through and deliver as we have in previous years it would be the biggest achievement this team will have accomplished."