Home Uncategorized Hamilton: Respect for Vettel is the highest 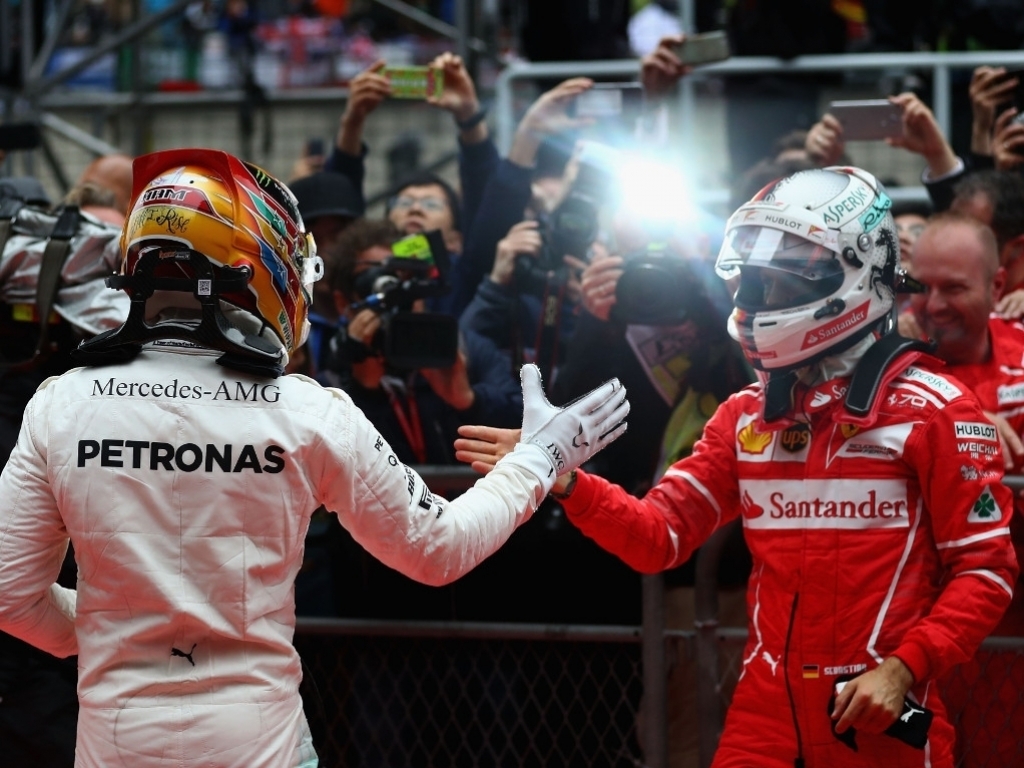 “Amazing sportsmanship” and respect of the “highest” order, that is how Lewis Hamilton has explained his relationship with rival Sebastian Vettel.

Although it is still early days in the title race, this year looks set to offer fans a Hamilton versus Vettel battle for race wins, and ultimately the World title.

It is a tussle that many have wanted for years, including Hamilton.

So far this season it is one win apiece as well as one runner-up result meaning the rivals are tied on 43 points in the championship.

But despite anticipating a thrilling duel against the Ferrari driver, Hamilton reckons their easy relationship will continue.

“I honestly think it will stay the way it is,” the Brit said.

“Who knows, maybe we’ll have times where we are racing hard together, and of course there could be that scenario where one of us thinks something is unfair, or has been too aggressive, whatever it may be.

“The respect for one another is the highest that I have felt from another driver, especially of his calibre.

“It’s amazing sportsmanship: when you win you enjoy it, and you also acknowledge the person next door. And even when you lose it’s the same thing.

“We’re both doing that, and that’s a great place to be.

“Naturally he wants to kill me out there and beat me, and vice versa, but then outside the car the admiration for the other’s achievements and the way that they drive [is there too].

“He’s performing at his best, he is rapid out there, so when I’m able to get ahead, it only compliments you, and vice versa.”