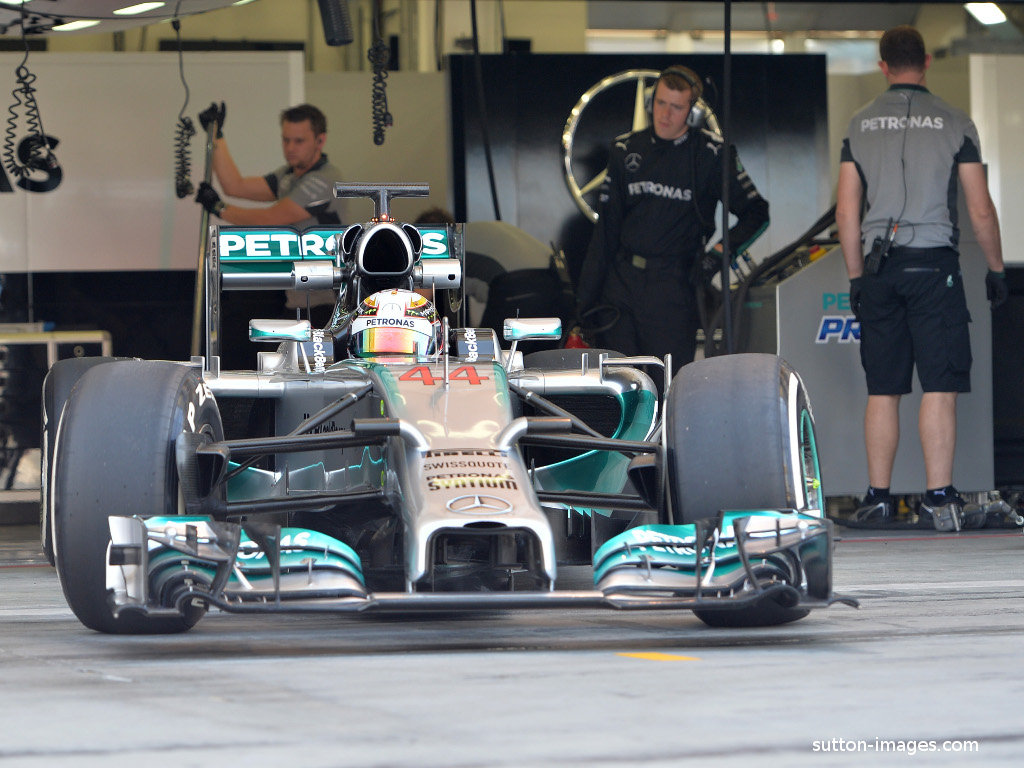 Lewis Hamilton dominated the second and last day of testing at the Bahrain circuit, a comfortable 1.4 seconds ahead of his nearest rival.

On the back of his Bahrain Grand Prix victory, the Mercedes driver was in action on Wednesday at the Sakhir circuit and completed 118 laps.

Hamilton led the way at lunch with a 1:34.136, which proved to be unbeatable – even to himself – when the drivers returned to the action after the break.

Jean-Eric Vergne in the Toro Rosso came the closest to Hamilton’s time as he put in a late charge to finish 1.421s off the Brit’s pace.

Another late quick lap came from Kevin Magnussen, who, despite bringing out the red flags when he went off in the gravel at Turn 13 earlier in the day, fought back to post a 1:36.203.

Sergio Perez was fourth quickest ahead of Daniel Ricciardo, whose afternoon was vastly different to his morning.

During the morning session he completed just nine laps without a time but went had added a further 56 to his tally by the close of day. His fastest lap time was a 1:37.310.

He finished ahead of Jules Bianchi and Giedo van der Garde. The Dutchman was back in a F1 car on Wednesday as he made his debut as Sauber’s test driver.

He finished up with a 1:37.623 but his day was not without problems as in the morning Sauber had tweeted that they were “having issues with the power unit” which cost van der Garde track time.

Fernando Alonso was another to have a difficult day, which ended after just 12 laps and with him down in eighth place.

Raikkonen had damaged his car in Friday’s practice at the grand prix when he hit the kerb at Turn 4, which was later lowered to prevent similar incidents.

Marcus Ericsson, another driver to bring out the reds when he broke down in the afternoon with a smoking CT05, and Williams test driver Felipe Nasr completed the top ten ahead of Romain Grosjean, whose day ended on 16 laps with a Renault engine problem.