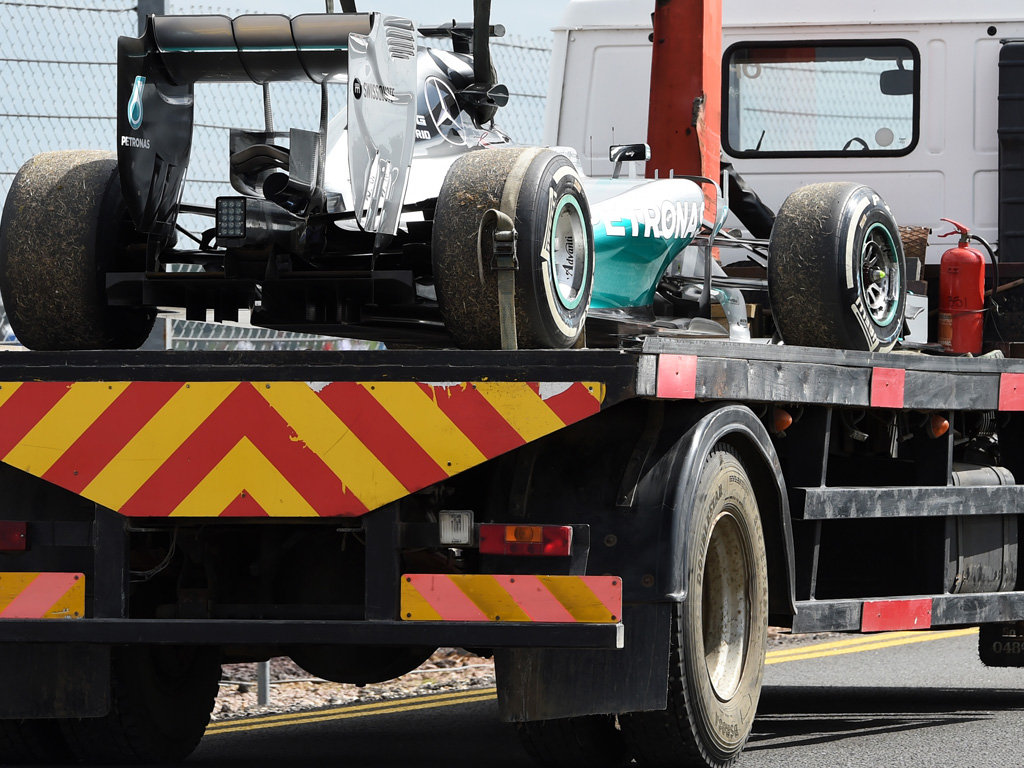 Lewis Hamilton says he is going to have to “compromise” his running in final practice to make up for losing time due to an oil pressure issue in FP2.

Hamilton, who has not won the British Grand Prix since his Championship-winning season in 2008, set the pace in Friday’s practice at the Silverstone circuit.

Fastest on the hard tyres, the Mercedes racer went even quicker on the mediums to post a 1:34.508.

Shortly after his W05 broke down.

Leaving the pits for another run, Hamilton was forced to stop at the Loop with an oil pressure issue that meant he was not able to do a race simulation of any sort.

“The car was feeling pretty good, I just missed the most important run,” he explained. “It happens, I don’t know why it happens to my car so much.

“My car keeps stopping but we’ll learn from these experiences. Whatever issue we had today will be rectified.

“The issue for me is that I lost the long run part of the session, so I lost a good 20 laps to find how the car feels on heavy fuel loads.”

And although the Brit could use team-mate Rosberg’s data, he says their driving styles are so different that it wouldn’t be of any help.

“The long run data doesn’t really help you because we drive differently.

“It doesn’t really help in understanding how the tyres are lasting, whether you need to put the car in more oversteer or understeer, whether you need to move the brake balance forwards or rearwards, which corners you want to lift and coast – all those different things, you don’t get the practice.”

All is not lost, though, as there is still another 60-minute practice session in which Hamilton can spend some time running a heavy fuel load.

He added: “What I can do is probably compromise and change around some of my running tomorrow and see if I can get a bit of a long run.”