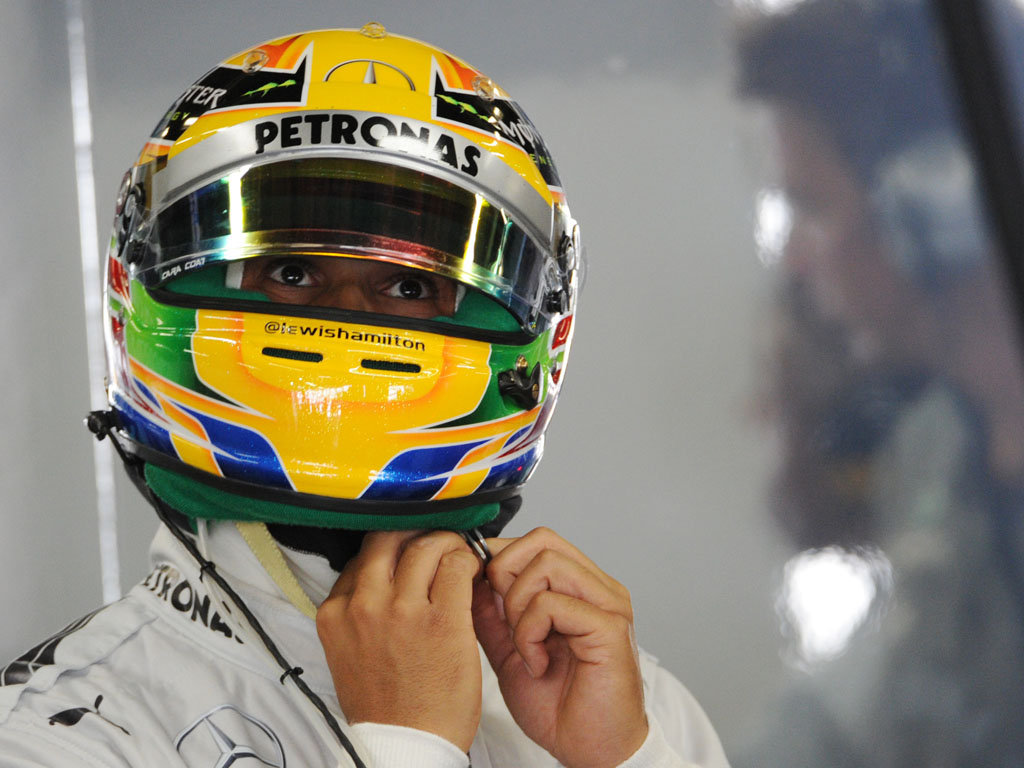 Lewis Hamilton reckons it was “almost impossible” to beat the Bulls in Saturday’s qualifying for the Japanese GP.

Mercedes have been Red Bull’s closest competitor on Saturday afternoons of late and it was more of the same at Suzuka this weekend.

While Mark Webber and Sebastian Vettel locked out the front row of the grid, Hamilton brought his Mercedes W04 home in third place.

But despite losing out, Hamilton says he had a good car at his disposal, it’s just a case of the Red Bulls are too strong.

“I’m really happy,” he said. “I think the team did a great job so far this weekend.

“Realisticly it was difficult, almost impossible to finish in front of these guys, they’ve had much better package than we for a long long time.

“But I think we’ve come a long way and to be as close as we are I think is a huge compliment to the team.

“The car was feeling good, my car felt awesome so I can’t imagine how it felt for them but congratulations to Mark.”

Looking ahead to Sunday’s Japanese Grand Prix, Hamilton is hopeful of challenging the Red Bull duo.

“I hope that we can get a good start being on the cleaner side and be able to at least put up a little bit of a fight with these guys and don’t let them walk away with it too easy.”