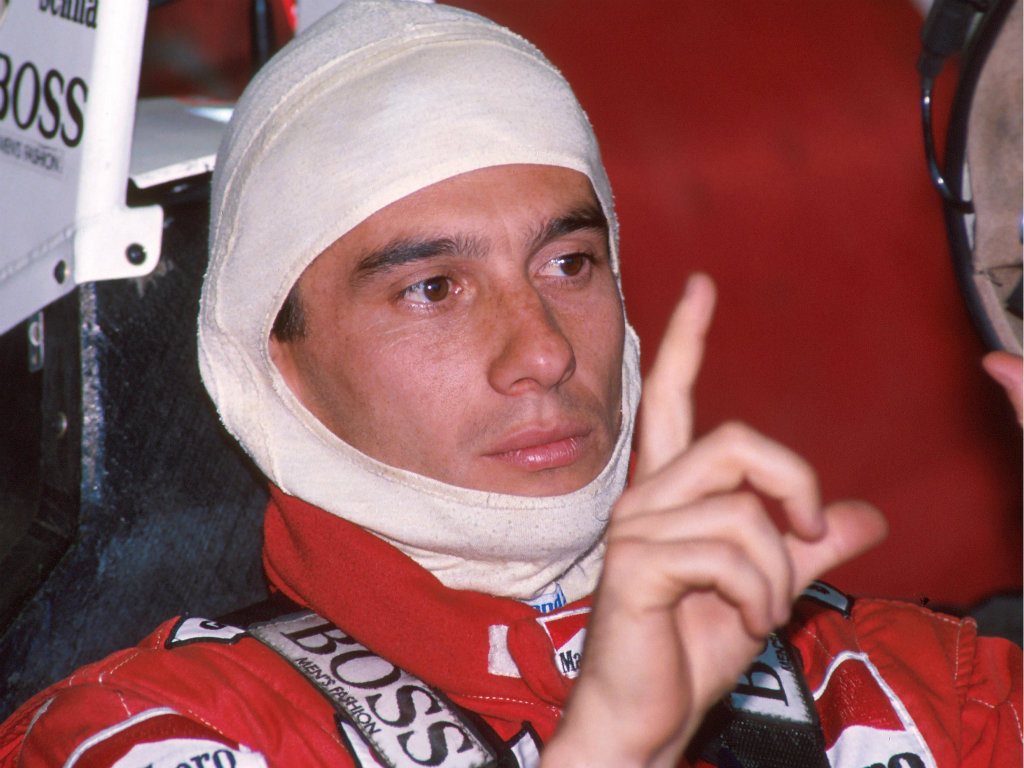 Lewis Hamilton has billed Ayrton Senna as “one of the greatest winners” F1 has ever seen.

20 years ago the triple World Champion was killed while leading the 1994 San Marino Grand Prix in one of the sport’s darkest weekends.

Gone but not forgotten, the Brazilian is hailed as one of the greatest ever by many while drivers around the world have credited him with their love for racing.

Hamilton is one of those.

“Everyone loves a winner. That’s just how the world is. And Ayrton Senna was one of the greatest winners this sport has ever had,” the 2008 World Champion wrote in his column for the BBC.

“But more than that, he was a genuine hero – an iconic character who inspired people from all over the world.

“He made a massive impression on me when I was growing up.

“I started watching Formula 1 with my dad when I was just four or five years old. I loved cars. At the time, Senna and Alain Prost were the leaders of the pack and they immediately caught my attention.

“Ayrton was always very cool and composed when he was interviewed after the race. On top of that, kids are attracted to colours and I loved the orange and white McLaren and Ayrton’s yellow helmet.

“I started to watch him and follow his success and, as I got a bit older, I began to want to know a bit more about the guy.”

Highlighting what he most admired about the Brazilian racer, Hamilton said: “It was the fact that Senna was just an out-and-out racer that was most important to me.

“I can really identify with that. It’s exactly how I feel I am. That’s why I feel I have had that connection with him since I was a kid.

“I want to race, and I feel like he was one of the only real racers I had seen.”

And although Senna fought with several drivers throughout his career, it was his battles with Alain Prost that are legendary.

Hamilton continued: “He was a complete contrast to Prost and the battle between the two of them was an epic contest that has become one of the great sporting rivalries of all time.

“Prost was known as the smarter driver. He was older and looked more thoughtful and considered. He had a different approach from Senna, in and out of the car.

“But Senna had the real raw talent. He had it in abundance. He was able to show it because he was in a good car most of the time, but you’ve got to remember that he only got the good car because he had such great ability.”