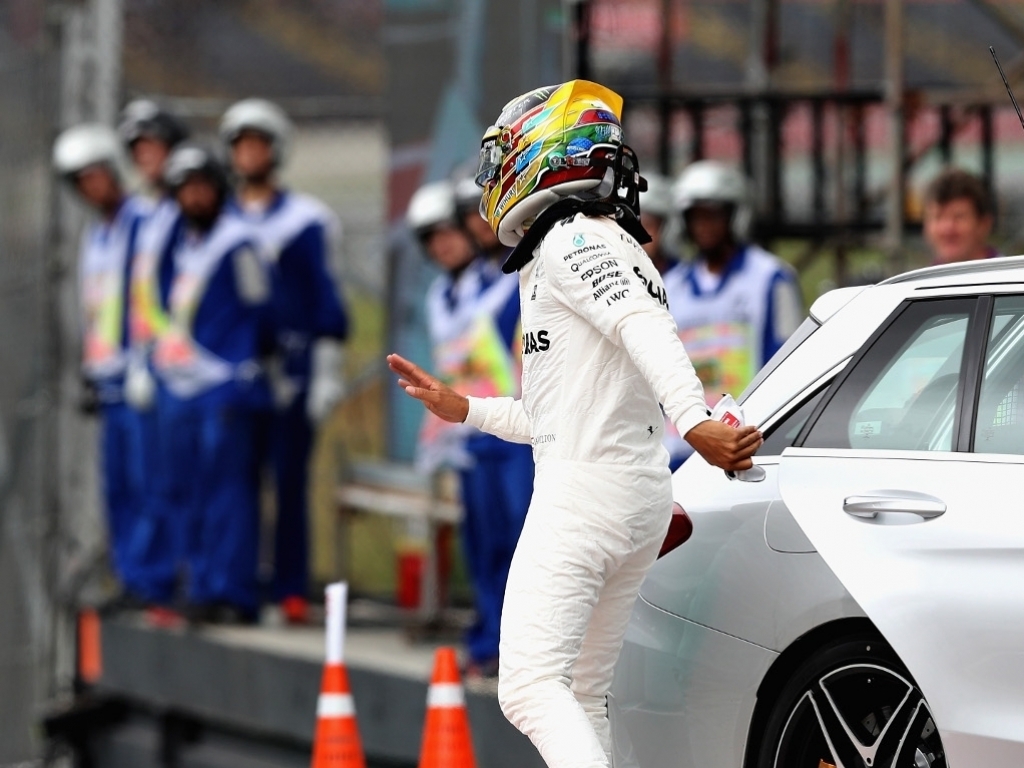 Lewis Hamilton has said that he is expecting to start from the pitlane at the Brazilian Grand Prix following his crash in Q1 at Interlagos.

The Brit went flying into the barrier at the start of his first attacking lap in Brazil which prompted an early red flag to the session and a shock exit for the Mercedes man recently crowned a four-time World Champion.

All cars are in parc ferme conditions ahead of qualifying, but there appears to be a busy evening ahead for Mercedes, who are set to break the rule so they can make the necessary changes to get the car race ready.

"I think I'm starting from the pit lane so it's not the most exciting, but we can only go forwards from there," Hamilton said.

"I think they are making some changes."

It remains to be seen whether Mercedes will take this opportunity to introduce new engine parts as they can essentially be added without the risk of damage to Hamilton's starting position.