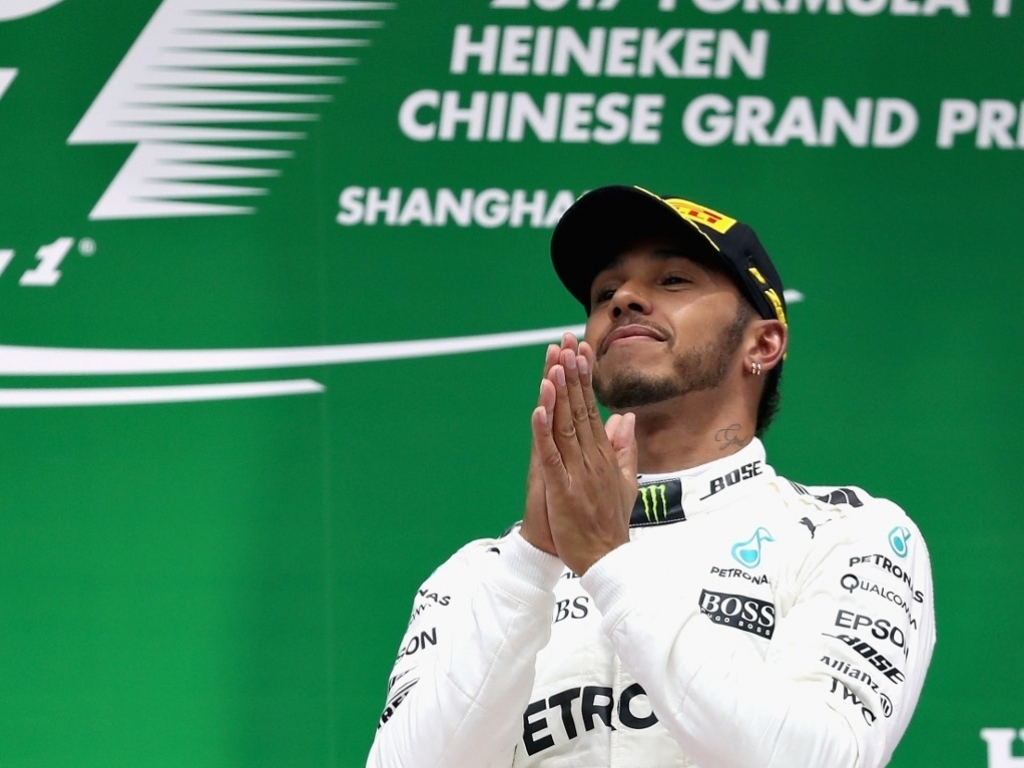 Lewis Hamilton is aiming to catch Ayrton Senna and his record of eight pole positions in a row as he tries to take "little steps" towards the title.

"Any advantage you can get at any point, and definitely early on will hopefully pay dividends at the end," he said.

"We're joint right now, I've got to try and make sure I finish ahead of him [Vettel] at the next race.

I want to get another pole, that's my real goal – I've got six in a row, and Senna had eight in a row. So I've got to catch Senna!

"Any one little step ahead you can get, even as a team, if we can get one step ahead on something, it puts pressure on the other to close that step up."

Hamilton also said that he was worked harder than ever before to ensure that he has the best possible chance of staying ahead of the competition.

"I think it [starting the race] is definitely harder now, but I've worked very very hard on it," Hamilton added.

"I couldn't have worked any harder on it, basically. And we've not stopped, this progress continues to be made, but I'm really happy with it.

"I think it's often for all of us, just in life – if you want to get fit, and you go to the gym and it hurts, and you can't bother to go again but you eventually see the results of the effort you put in.

"I'm seeing that more and more this year, with my fitness level, for example, and the work that I've done on the starts. I've seen the results and it's paying dividends."