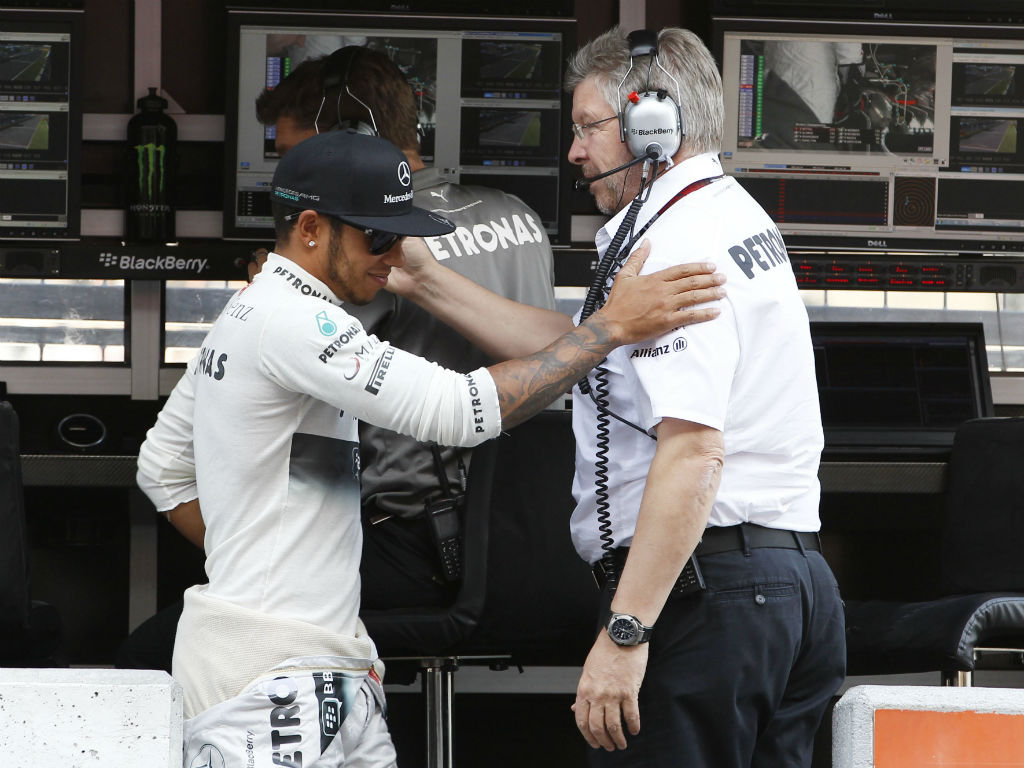 Lewis Hamilton believes he is capable of winning the Drivers’ Championship title for Mercedes next year.

The 2008 World Champion believes finishing second in the Constructors’ Championship ahead of Ferrari this year will provide an excellent springboard for the Brackley outfit next year.

“We’ve just finished second in the Constructors’ Championship so of course we don’t want to finish there next year, we want to make the next step,” the 28-year-old told Sky Sports News.

“So for everyone and for me the target is to win the World Championship, both championships. Of course if we don’t do it naturally there’ll be some disappointment but we’re not even going to put that negative energy out there.”

Apart from winning the Drivers’ and Constructors’ titles under the Brawn GP title in 2009, the Brackley-based team has no experience of winning titles, but Hamilton is confident that can change in the near future.

“Everyone has a different approach but I feel that everyone here is just hungry.
They’ve not have the success that perhaps they’ve deserved and they’ve not had the success of teams like Ferrari and McLaren and Red Bull.

“But they’re hungry to have that and that hunger is what will take us there.”