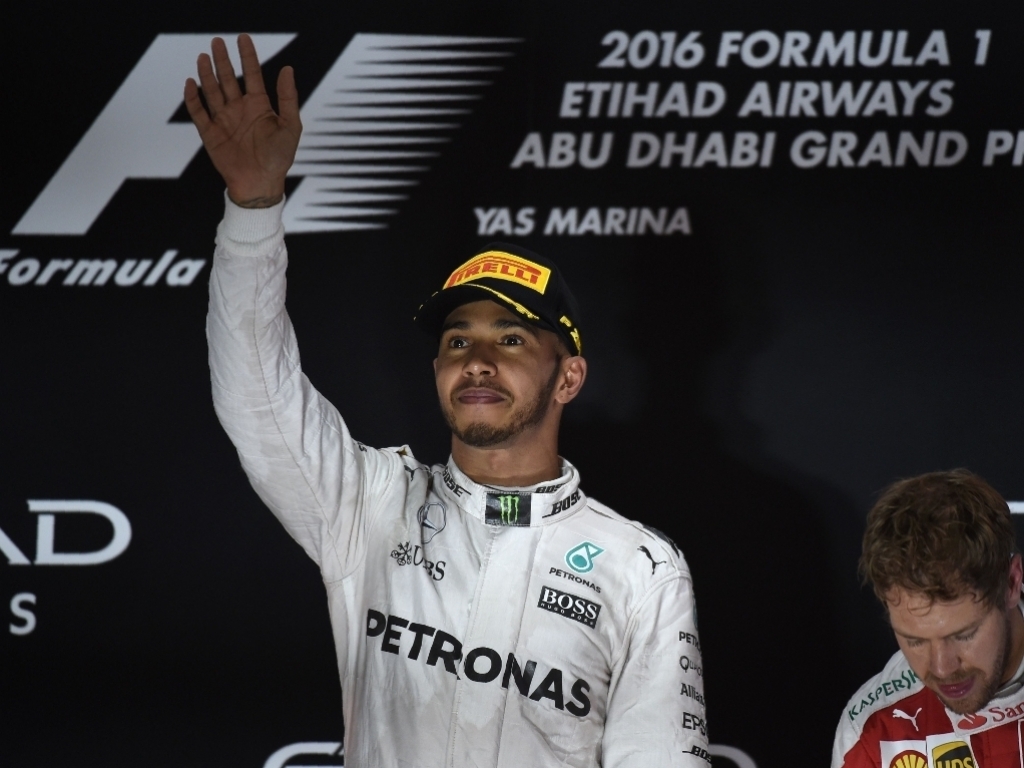 Racing for the World title in Abu Dhabi GP, Lewis Hamilton says it was a “shame” that Mercedes tried to intervene, which would have benefitted Nico Rosberg.

Running 1-2 with 10 laps to go on Sunday evening, Hamilton was on course for the victory but it was Rosberg who was heading towards the World title. He just needed to stay ahead of Sebastian Vettel and Max Verstappen.

But with Hamilton slowing his pace to back his team-mate up, Rosberg asked to be let through. Mercedes issued the “instruction” to Hamilton to pick up the pace, however, he made it abundantly clear that he had no intention of doing that.

He silenced the debate with: “Right now, I’m losing the World Championship, so I’m not bothered if I’m going to lose the race.”

Hamilton raced to the victory but despite his efforts lost the title to Rosberg as the German held on to finish second.

“I don’t know why they didn’t just let us race,” said the British racer. “There was never a moment where I feel I was going to lose the race.

“It is a shame that it is quite clear their thought process… and I don’t have much to say to be honest.

“I was hoping he [Vettel] would close up but his tyres were going off towards the end and Nico drove well to not make mistakes.

“It was pretty chilled at the end. It may have been intense for you but not intense for me.

“For me, I am in a position where I had a lot of points lost during the season so for me I am out there fighting and generally never try to do anything to harm the team or the brand.

“But we won the Constructors’ Championship so it was down to me and Nico today. However they felt they still needed to make comments. We will discuss it afterwards as we all do.”

The triple World Champion refuted suggestions that his actions on Sunday were in any way wrong.

Hamilton was one of the first to congratulate Rosberg on the title, saying: “A big congratulations to Nico of course, his first World Championship.
Good job man.”

As for his own end to the season, he says he did everything he could by winning the last four races, it just wasn’t enough given the reliability troubles that he had earlier in the campaign.

“I did everything I could these last four races and that is all I could ask of myself.

“I leave here to have a lot of fun tonight, celebrating with the team.

“Obviously you can’t win them all.

“We had a lot of problems this year which is why I am in this position.

“But I’m still really grateful for all the success and ups and downs we have as a team.”