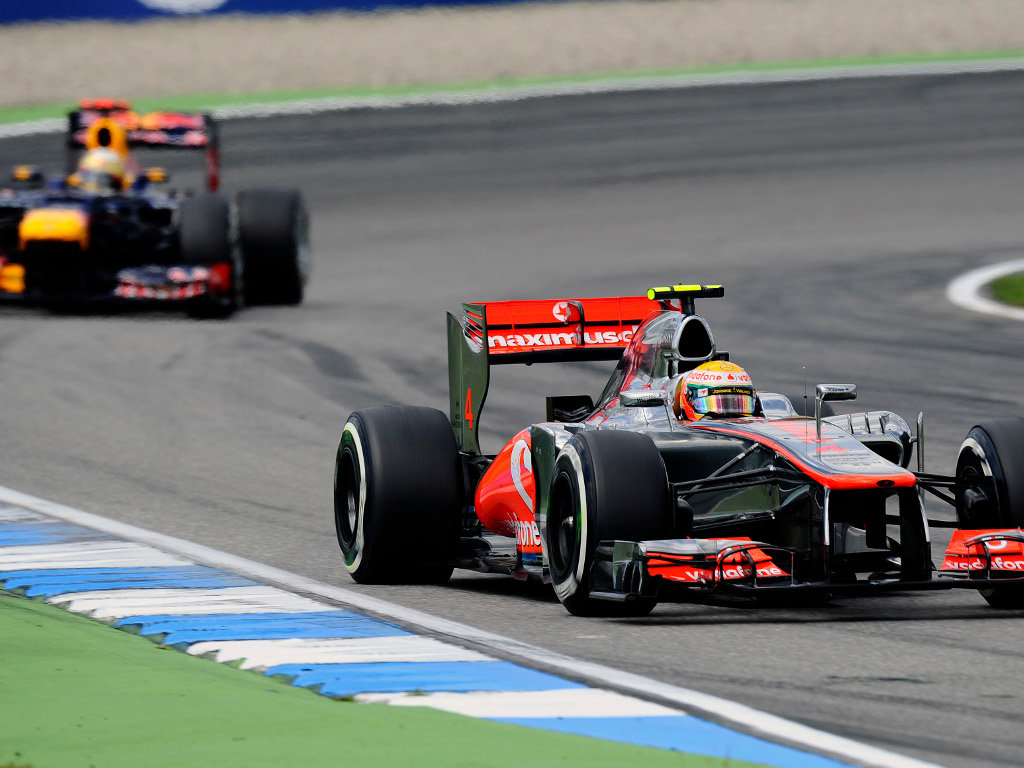 Lewis Hamilton has hit back at Sebastian Vettel for calling him “stupid”, saying his behaviour “shows his maturity”…

Lewis Hamilton has hit back at Sebastian Vettel for calling him “stupid”, saying his behaviour “shows his maturity.”

Racing Fernando Alonso for the lead in Sunday’s German GP and trying to keep Jenson Button at bay, Vettel found himself just ahead of Hamilton out on track after the McLaren driver emerged from his second pit stop.

Hamilton, though, was a lap down on the leaders due to a puncture early in the grand prix.

Having better pace than Vettel at the time, the Brit set about unlapping him off the German.

Vettel was not happy with the situation and was seen angrily waving his fist as Hamilton went by.

Later he had a few words to say about it as well.

“If he wants to go fast he should drop back and find a gap. It was stupid as he was a lap down.

“If you want to go quick and you have no chance to win the race you should respect that and use common sense.”

Hamilton, though, wasn’t too impressed with the German’s comments, saying he made the move in a bid not to hamper Button as he closed in on Vettel.

“It doesn’t really bother me what he says,” Hamilton told the Daily Mirror. “I guess it shows his maturity.

“I don’t think I’ve made any silly decisions throughout the race. I had nothing to gain apart from staying out of the way of my team-mate.

“I never give up, so I’m not going to back off and let everyone past me when I’ve got the pace to go past the guy in front.”