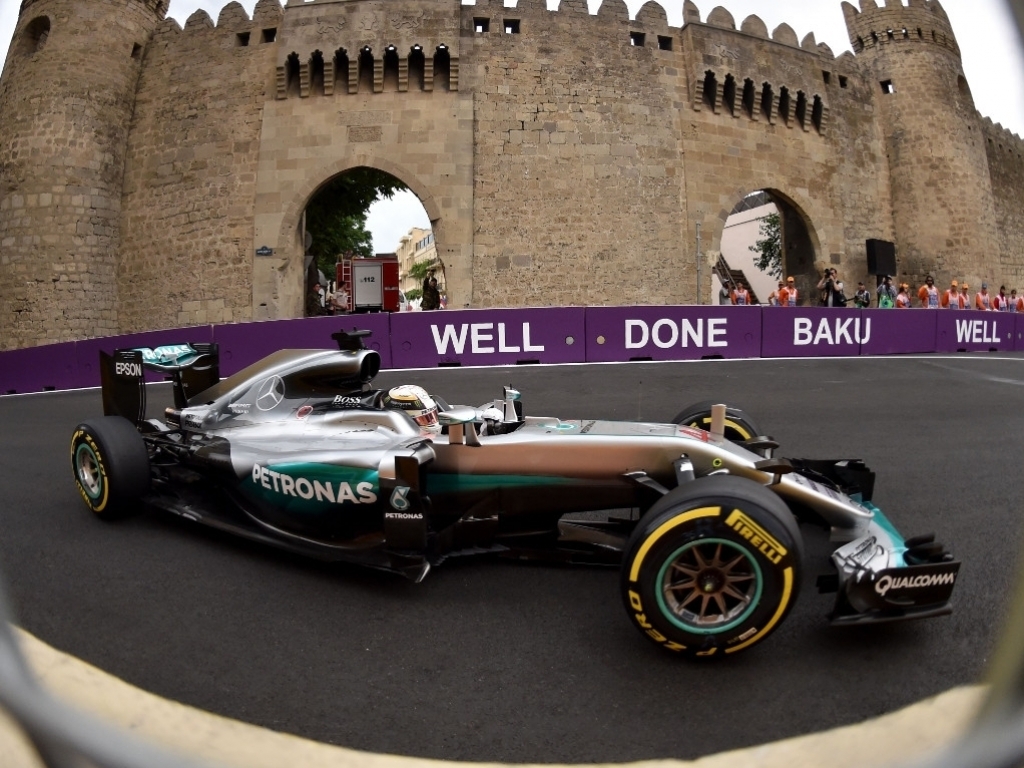 Lewis Hamilton says his fellow drivers “moan so much about so many things” after some criticised the layout of the new Baku circuit as well as the bumps.

Ahead of the European Grand Prix weekend, Jenson Button spoke of his concerns about the track’s lack of run-off areas.

It was a concern he stood by on Friday evening.

“Driving the circuit isn’t going to change the way you feel,” he said. “I haven’t hit the wall so I don’t know how it feels.”

Championship leader Nico Rosberg added that some parts of the circuit were “a bit too risky” while Sebastian Vettel said it was a “very difficult” circuit to drive.

Hamilton, though, says his rivals moan too much.

“One thing for sure is that these drivers moan so much about so many things,” said the reigning Champ.

“It’s really bumpy down the main straight and you can’t really see Turn 1 that well, the car’s vibrating, it’s really hard, but that’s part of racing.

“These guys wants it to be smoother than ever with no vibrations and no bumps and take all the character out of these tracks.

“I’m glad that this has bumps, but I guarantee you there’s going to be some people who say those things.

“I’ll just sit there and smile.”