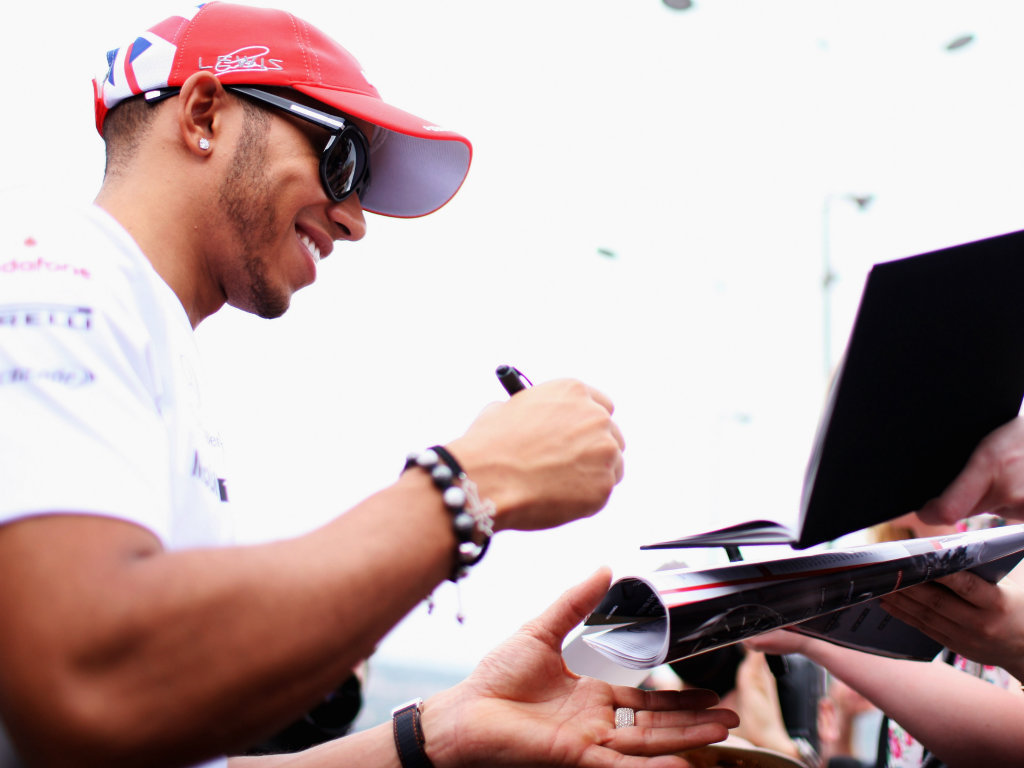 Lewis Hamilton may be leading the Drivers’ Championship, however, he’s the first to point out that his two-point advantage doesn’t count for much.

Hamilton finally broke his 2012 victory duck at the previous race in Canada, where he secured his third win in five visits to Montreal.

His P1 result saw the McLaren driver leap to the top of the Championship standings by two points over Ferrari’s Fernando Alonso.

Two points, though, isn’t much.

“My win in Montreal was obviously an extremely satisfying moment for me – but, actually, it does very little to alter things in the World Championship,” said Hamilton.

“Firstly, while it’s always pleasing to be leading the Championship, I’m only two points ahead of Fernando – which is nothing, particularly when there are a handful of really strong drivers all separated by a couple of points, so there’s still everything to play for.

“Secondly, the intensity of this year’s Championship means there’s so little breathing space – we may have won in Canada, but there’s an enormous amount of pressure to keep racking up good results at every grand prix.

“I think that consistency, rather than individual strong results, will be the key to winning this World Championship, so we need to back it up in Valencia with another strong result.”

As for the next race, the European GP, Hamilton is refusing to make any predictions as already this season there have been seven different winners from seven races.

“People are always asking me to predict what will happen at the next race and I always tell them it’s really difficult to make an accurate prediction – but I’ll be heading to Valencia feeling super-motivated to get another strong result and maintain my momentum before we head into Silverstone and the Santander British Grand Prix.”