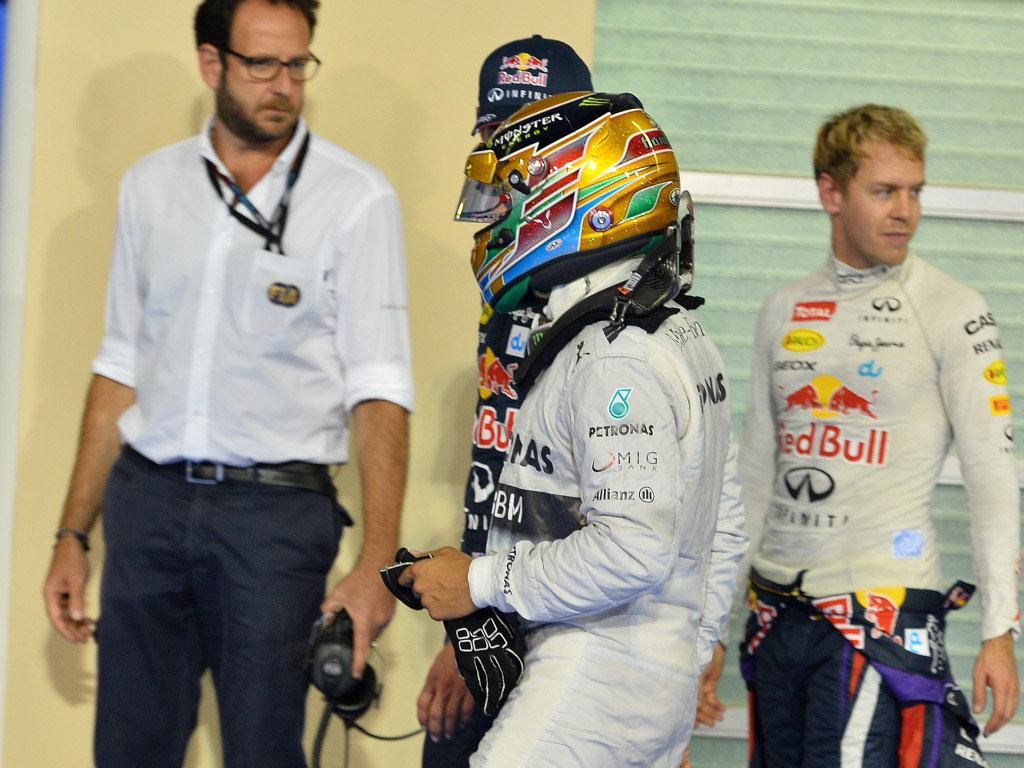 Lewis Hamilton says it was a problem with his car that resulted in him spinning out of qualifying for the Abu Dhabi GP.

Having posted a 1:40.501 on his first run, Hamilton joined his rivals out on track for a last-gasp attempt at pole position.

The Brit’s efforts, though, came to naught when he spun out on his flying lap.

“Something gave way on the right-hand side of the car,” he told Autosport.

“I was going through the chicane and it snapped out. I tried to pull away and it wouldn’t move, so something’s busted.”

Finishing fourth behind the two Red Bulls and his team-mate Nico Rosberg, Hamilton admits he is concerned that his grid position will hurt his chances of victory.

“This is a very difficult circuit to overtake on so being at the front means everything,” he said..

“Hopefully we can get a good start and maybe still challenge for podium positions.

“I’m just grateful I didn’t drop too far down.”

“The Constructors’ is what counts for us, and locking out second row on the grid when Lotus is coming back [on form] and Ferrari are well back is good for us.”