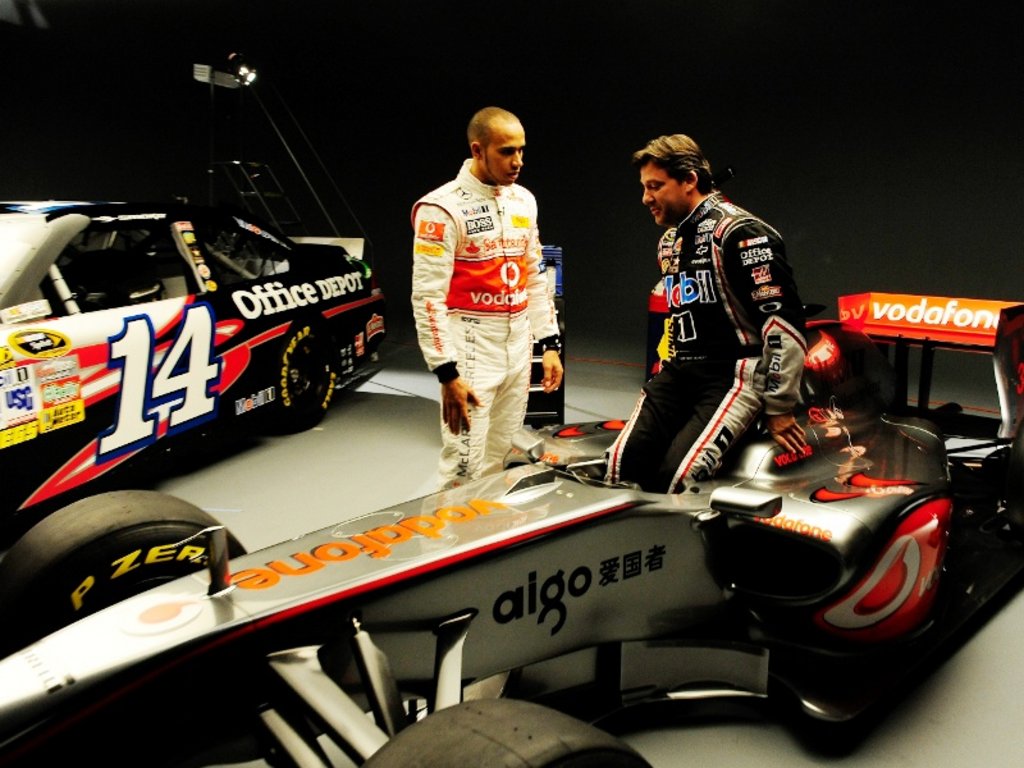 The Mobil 1 Car Swap will take place June 14 at the famed road course in the Finger Lakes region of upstate New York. Hamilton will do laps in Stewart’s Chevrolet and Stewart will climb into the cockpit of the Brit’s McLaren Mercedes.

“Tony and I will have some fun with the swap and make sure we put on a good show,” Hamilton said of what will be his first foray in a stock car.

“It’s a racer’s circuit and will give us both the chance to understand the differences between the two styles of racing at this legendary track.”

Each will drive the long course at The Glen, which is 3.4 miles through 11 turns. NASCAR uses the 2.4-mile short course, which doesn’t include the famed Boot section, but Stewart, who has a record five Cup victories at Watkins Glen, has driven it in a Grand-Am Rolex Sports Car Series race.

“When you’ve been around competitive racing for as long as I have, you really look forward to new experiences, and this car swap with Lewis is definitely one of those opportunities,” said Stewart, who also won an IndyCar Series title.

“I already have quite a bit of respect for what Lewis and the F1 drivers and teams do, so to experience laps in the cockpit of an F1 car and see what Lewis can do in the Cup car is something I am really excited about.”

The Glen became world-renowned by hosting the United States Grand Prix from 1961-1980 and has been home to NASCAR Sprint Cup races since 1986. This season marks the 50th anniversary of The Glen’s inaugural F1 race.

Details of how many laps Stewart and Hamilton will make are still being worked out. They’ll follow the lead of Jeff Gordon and Juan Pablo Montoya, who swapped cars at Indianapolis in 2003 when Montoya was driving in F1.