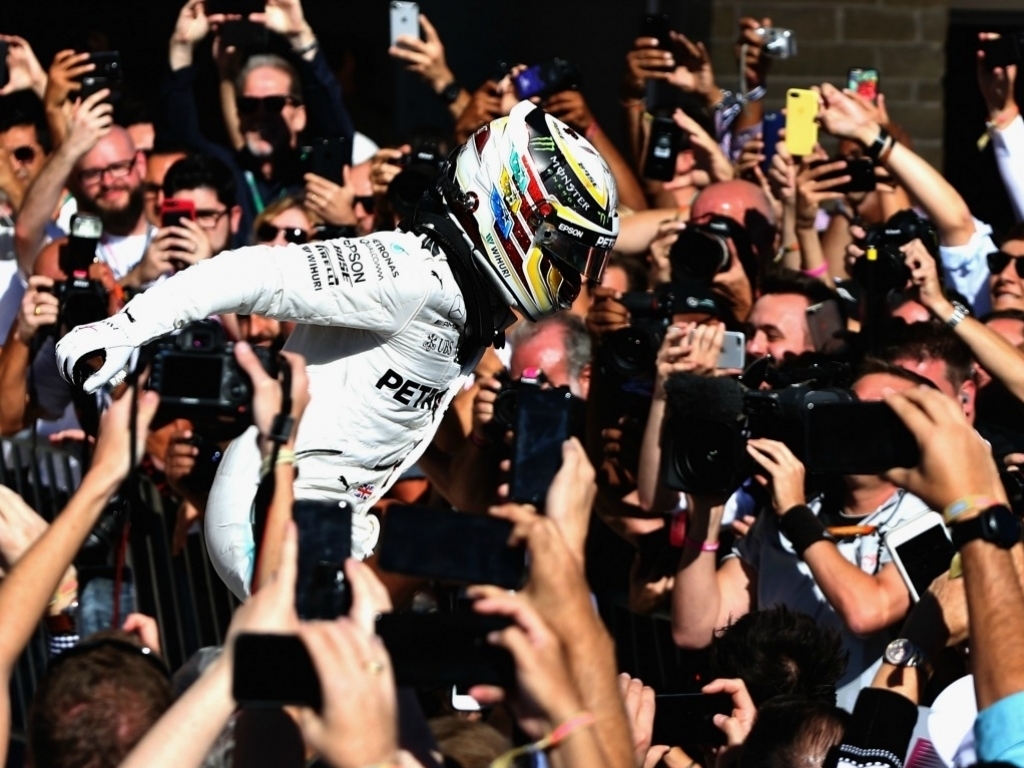 Lewis Hamilton is still not getting too carried away about winning the World Championship despite taking another big step at the Circuit of The Americas.

With a 66-point lead, and 75 points to play for, Hamilton needs nine points (or just one fifth place) over the final three races to be sure of the title.

"I feel amazing. I love this track, I think it's now my favourite track,"

"I feel amazing. Look at this crowd," said Hamilton. "These guys have been amazing. Since 2012 the crowd has been growing year on year. I think this track is now my favourite track.

Hamilton quickly turned his attention to the whole team after the Silver Arrows retained the World Constructors' Championship.

"A big congratulations to the team. They work so hard back at the factory and here.

"I feel great. I am honoured you're here (he tells Usain Bolt).

"It has been a humbling experience. It is a dream job. Many people would love to drive an F1 car and I can tell you it is the best experience in the world."

Even though Hamilton has all-but sealed the title, he is still keeping focused on each race that comes.

He added: "It's been an incredible year so far. I was not expecting to have the pace on Sebastian we had today but the car felt fantastic.