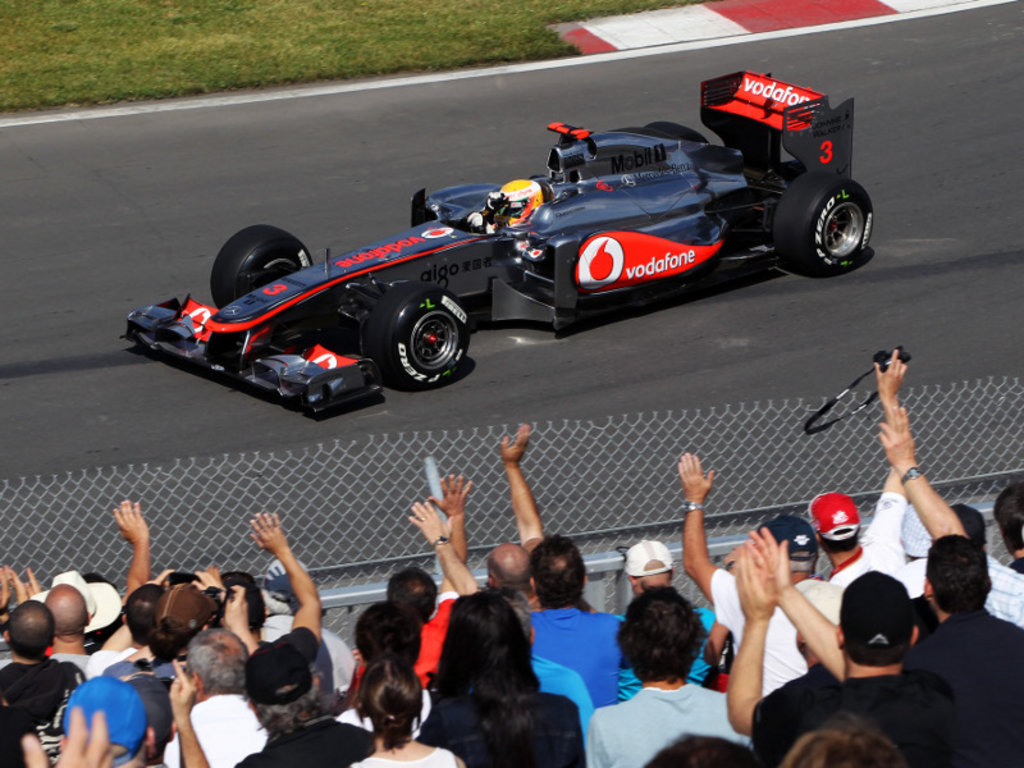 Lewis Hamilton had only minor complaints about his first day in Canada, confident he can get his MP4-26 dialled in ahead of qualifying…

Lewis Hamilton had only minor complaints about his first day of running in Canada, confident he can get his MP4-26 dialled in ahead of qualifying.

However, it wasn’t a perfect day for the McLaren driver, who suffered a puncture and also struggled to his car dialled in.

But despite those small issues, Hamilton is confident McLaren have the race-pace needed to fight at the front of the pack in Montreal.

“It was a very good session and a positive day for me. In P2, I think some debris from one of the incidents must have caused my puncture because I’d only just left the pits when I suddenly felt the rear sliding about,” said the 26-year-old

“Nevertheless, we got through a lot of test components. I’m still trying to find the exact balance I need, and I’m not quite sure which direction I want to follow with my car, so I’ll sit down with my engineers to analyse the data this evening.

“Our long-run pace is pretty good; the speed is there. It looks very close once again between Red Bull, Ferrari and ourselves, so we’ll work on qualifying, get the car nicely dialled in and then I’ll keep my fingers crossed.”

Friday’s running was marred by four accidents, three of which resulted in red flags. However, as Hamilton put it, that’s the nature of Montreal, it leaves no room for error.

“It’s surprising to see so many incidents here, but it’s such a demanding and slippery circuit that I guess some people just got caught out today. We’re all testing the limits of our cars and you can’t blame people for trying.

“There’s no room for mistakes around a place like this and, unfortunately, some people paid the price today – but they’ll bounce back tomorrow.”