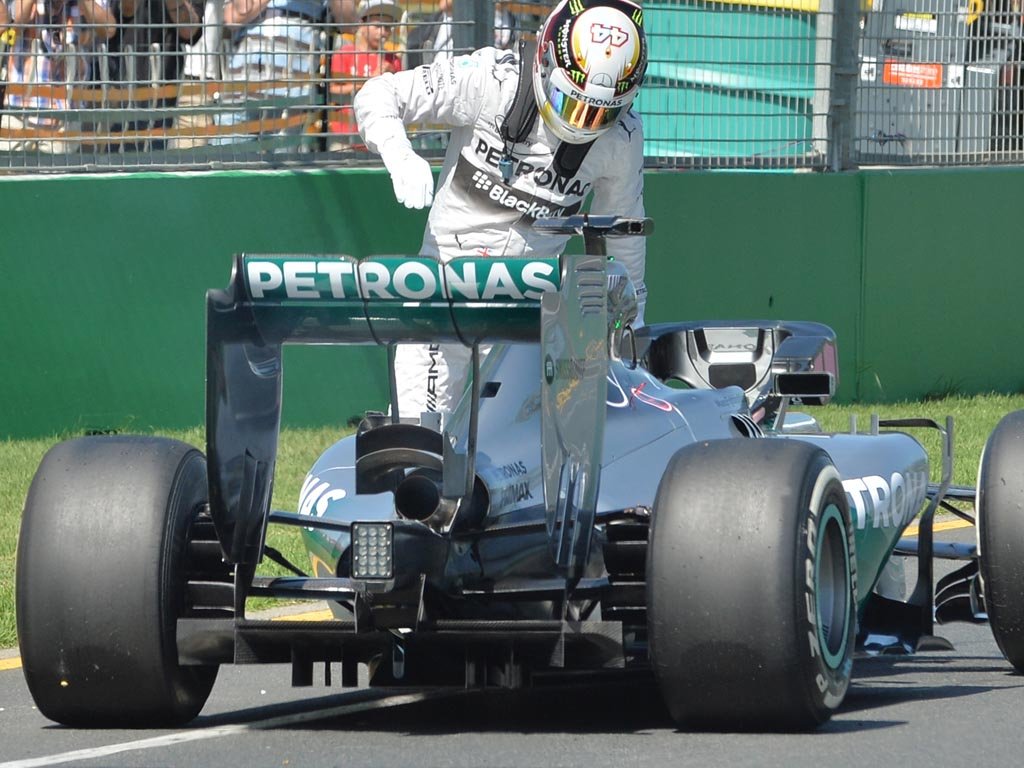 Lewis Hamilton is confident he will not suffer a repeat of the problem that brought his W05 to a halt on his installation lap in Friday’s first practice.

Heading out for the start of the Australian Grand Prix weekend, Hamilton came to a halt on his very first lap.

The Mercedes driver coasted to a stop at Turn 9 with an oil pressure alarm forcing an engine shutdown.

The team later revealed that it was an “sensor calibration problem” that caused the alarm.

“We were one of the only ones to stop, but I think over this season you will see various hiccups like that, but hopefully that issue will not be an issue for us [again].”

Back in his Mercedes for the second practice session, the British driver hit the front on the soft Pirelli tyres.

“We got a nice foundation in FP2 and I hope I can build on that in FP3 and see where we end up in qualifying,” he continued.

“We got good data, a good understanding of what’s going on on-track with the car and fuel and all that kind of stuff. It feels positive and I’m just glad I got through it.

“Tomorrow we will get a much better understanding of what fuel loads people are on and where everyone stands.”