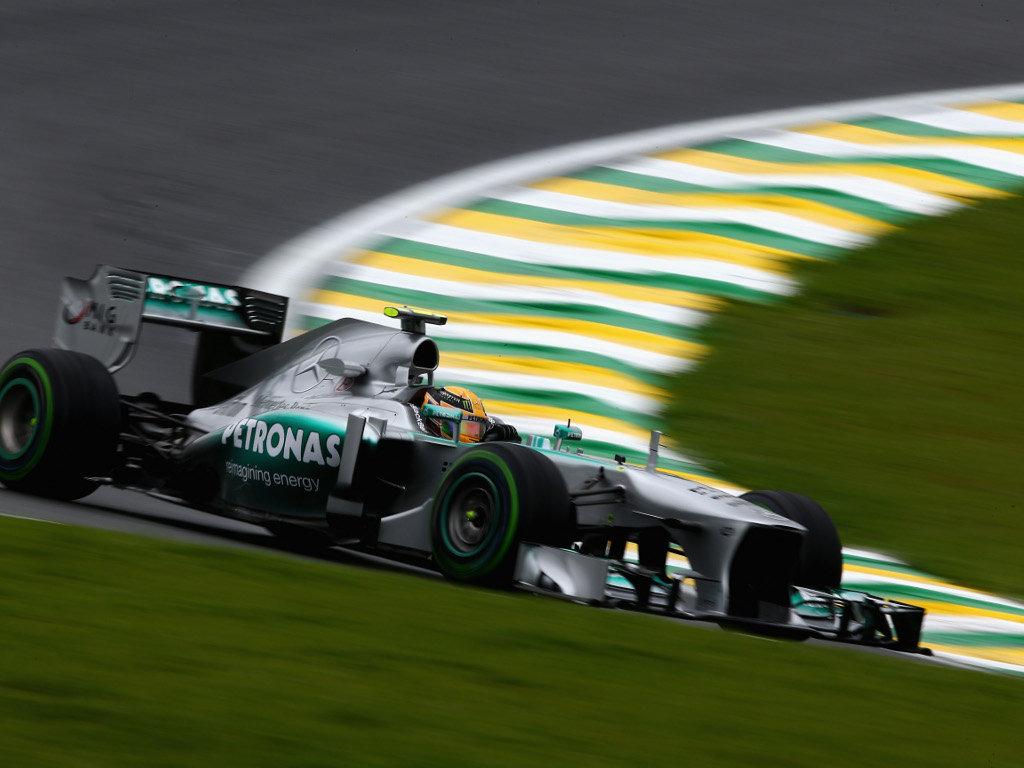 Lewis Hamilton needs the weather to clear up in Brazil as the Mercedes driver says he has “no hope” in the wet in his W04.

Throughout this year Hamilton has struggled on a damp track in his Mercedes and it was more of the same at the Interlagos circuit on Friday.

While his team-mate Nico Rosberg set the pace in both practice sessions, Hamilton was 0.449s down in the first session and 0.841s adrift in the second.

“Particularly in this car it’s been the worst year of wet running in my whole career,” Hamilton said.

“I’ve been looking back at my career and in the rain was always the best for me; that was when I could really make the difference. In this car there’s no hope for me.

“I don’t know what is going on but we are just really, really struggling with the throttle mapping and all these kind of things, but clearly the car is quick enough because Nico is able to do it. So I’ve really just got to work hard and try to figure out what it is.

“I’m struggling just to keep it in the track for some reason. It was the same in Australia and I can’t remember where else it has been raining but it has always been the same.”

The Brit was also one of those who kept their running to a minimum in second practice in a bid to converse tyres. Hamilton covered just nine laps.

“It is kind of silly that you have a whole test day and you can’t go out because you don’t have enough tyres, so it is not good for the spectators,” he added.