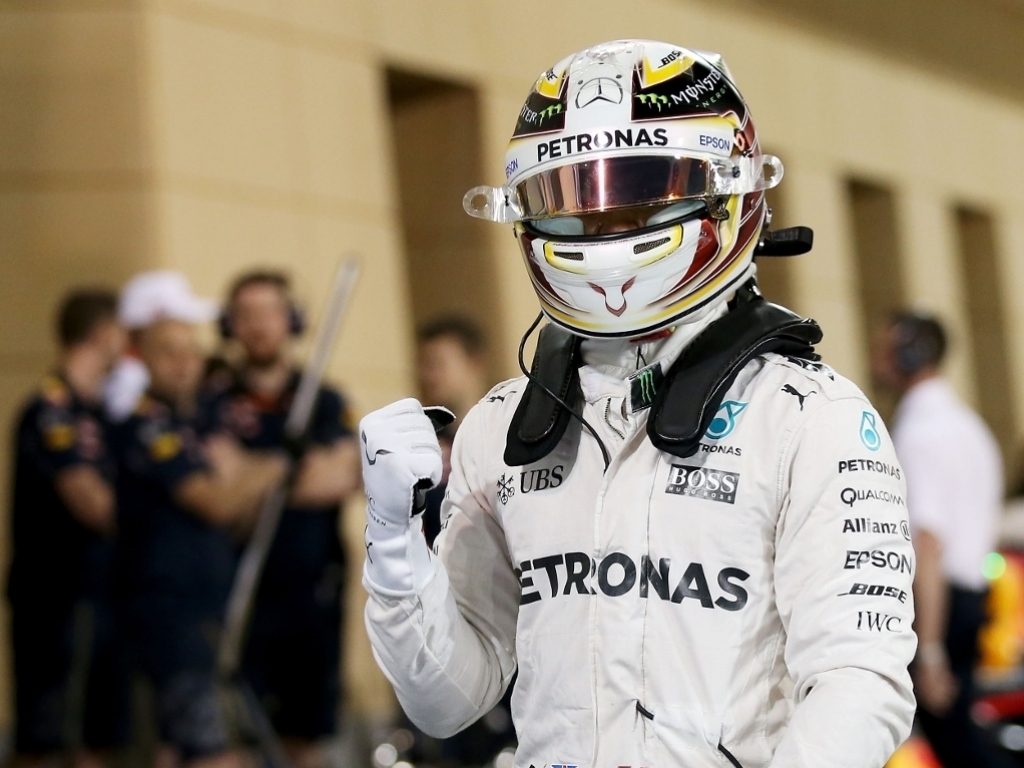 Despite Nico Rosberg dominating the practice sessions for the Bahrain Grand Prix, World Champion Lewis Hamilton put in the fastest lap ever on the International Circuit and secured pole.

The Brit made a mistake early in Q3 when he slid off the final corner while he was on a flying lap, resulting in him slotting in at 4th position behind Rosberg (1), Sebastian Vettel (2) and Kimi Raikkonen (3).

However, Hamilton decided to back out again late in the session and managed salvage his run by putting in an amazing time of 1:29.493 to claim pole position, which even surprised himself.

"It's not been a smooth sailing weekend in terms of pace,” the three-time World Champion admitted.

"I was generally struggling to put laps together and luckily the lap I did put together was the last one.

"The car felt great. It’s incredible to think we are quicker than the V10 days. It shows how far the technolology has come."