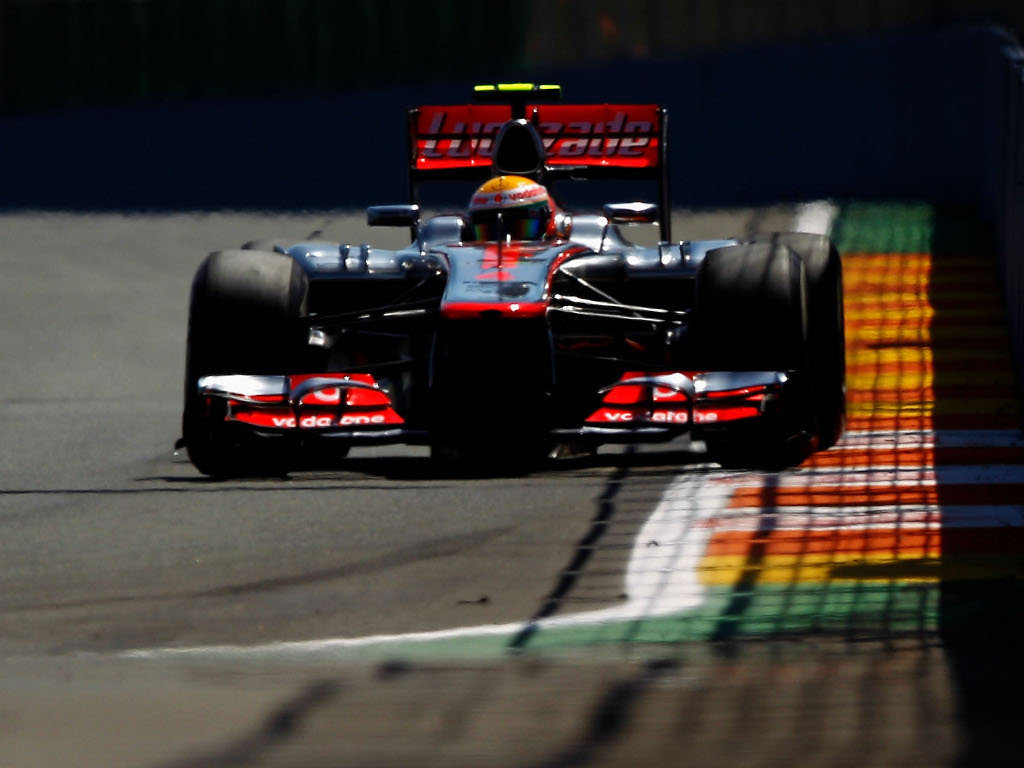 Lewis Hamilton says he did not expect to claim a front row grid slot for the European GP after having set-up issues earlier in the weekend.

Hamilton finished Friday’s running outside the top half of the field, revealing that his team were struggling to find the right balance.

At the time, though, the 27-year-old said he was confident McLaren would get it right ahead of Saturday’s qualifying and that’s exactly what they did.

The Brit proved to be the closest challenge for Sebastian Vettel’s pole position, finishing 0.324s down on the Red Bull racer.

“I expected to be lot further back because we struggled all weekend with the set-up,”
Hamilton said.

“Going from P3 into qualifying, we had to make a guess with the set-up. It seemed to work okay.

“The guys did a great job to get me a gap, and the car felt pretty good but I think the gap is quite big here.”

Looking ahead to Sunday’s European Grand Prix, the Championship leader reckons he’ll face some stiff competition from the Lotus drivers who are starting on the second row.

“Looking at the grid, because it’s so hot the Lotuses look massively competitive – they’ll be ones to watch out for tomorrow, and Ferrari look quick on their long runs.”