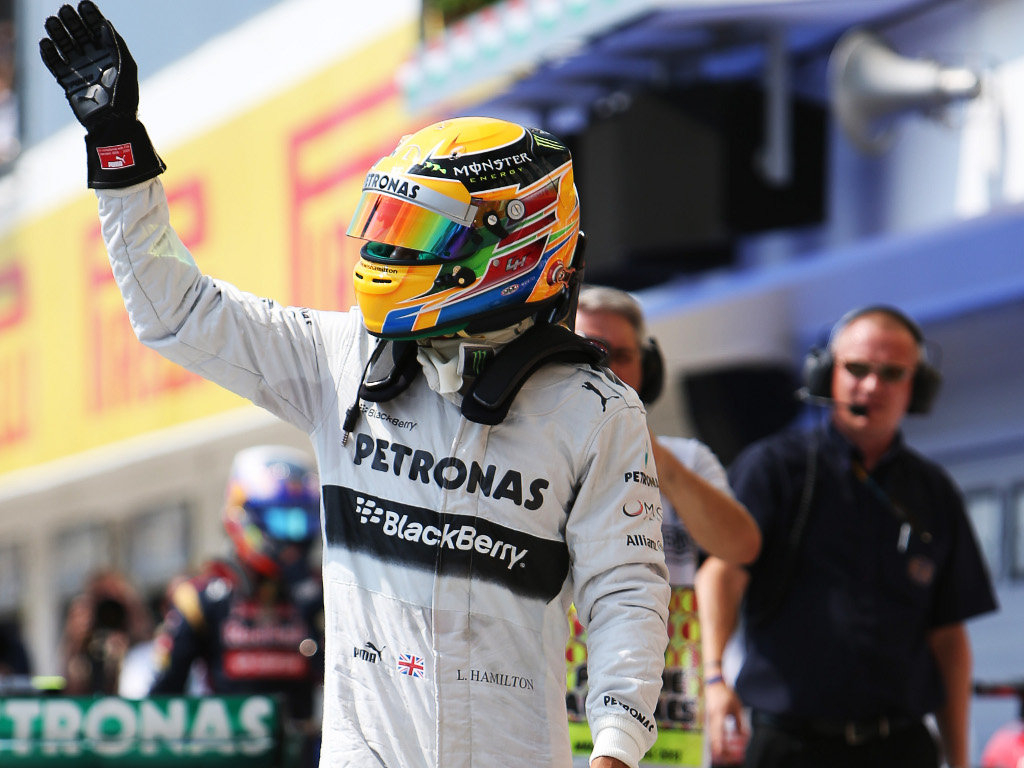 Lewis Hamilton was “really surprised” after a tough qualifying session on Saturday netted his fourth pole position in Hungary.

Crossing the line with a 1:19.388 on a track where the temperature was hovering around 48’C, Hamilton pipped Sebastian Vettel by 0.038s.

Informed of pole by his team, Hamilton’s shock was evident as was that of his team on the pit wall.

“With the [high] temperatures, it pretty tough,” he revealed. “I was really surprised when I came across the line and they said I got pole. I didn’t feel like that was a great lap.

“I thought Sebastian had got it. I’m really surprised, I thought maybe he made a mistake or something. We brought some upgrades this weekend, the guys are working hard and it’s a result of all hard work they’ve put in.”

But while Hamilton may be starting the 70-lap grand prix from the most coveted grid slot, he concedes it won’t be easy holding on the first.

The two drivers closest to him, Vettel and Grosjean, both showed impressive pace during the practice sessions with each topping at least one session.

Hamilton, though, is hopeful that if he holds his position into the first corner he can at least try to control the grand prix.

“It’s a long way down to Turn One, but if you can get there first and try and hold position, it’s definitely advantageous.

“These guys [Vettel and Grosjean] are going to be ridiculously fast so trying to keep in front or holding onto them is going to be the challenge.”