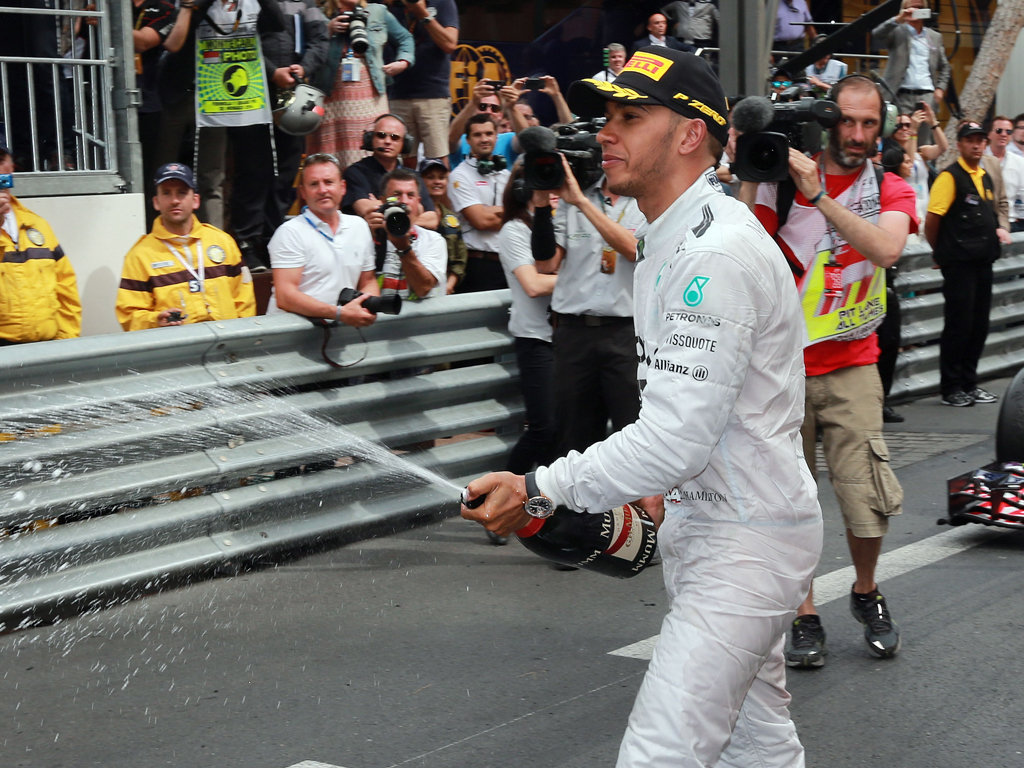 The Monaco GP promised so much for Lewis Hamilton, but he will leave the Principality upset at Nico Rosberg and upset at Mercedes’ strategy.

Having won the previous four races, starting three of them in pole position, Hamilton had to settle for second best during qualifying as team-mate Rosberg got the better of him.

However, all was not hunky-dory in the Mercedes garage on Saturday evening as Hamilton mentioned that he might take his revenge on the track a la Ayrton Senna-Alain Prost style after he was forced to pull out of a final lap in qualifying following a mistake from Rosberg.

While Rosberg eased to the chequered flag for his second Monaco win in a row, Hamilton just about managed to hold onto second place with Red Bull’s Daniel Ricciardo not far behind him.

Having been less than a second behind Rosberg for most of the race, the 2008 World Champion reported a problem with his eye on lap 58 and he lost plenty of time.

Although he later clarified that his revenge comments were “a joke”, he felt he was hard done by Mercedes’ strategy after they failed to pit him a lap before the first Safety Car was deployed.

“When I was at McLaren we had two strategists and the strategy from my strategist was to get the best overall result for me,” he told Sky Sports F1 afterwards.

“Unfortunately [at Mercedes] we have one overall strategist, and he’s amazing, but unfortunately the role in the team is that he has to look out for the number one [driver in the race] and the guy in second has to come second. I knew from the get-go that I had a lesser opportunity to win the race and I needed a miracle to win at a track like this.

“An opportunity occurred where I could have come in. When I was at McLaren, l would have been pulled in on that lap and that may have given me the smallest advantage to get the jump over the Safety Car. But I’ll work it out with the team. In these races, you need to grab every opportunity you can. The start was gone, I was closing up and then the [first] Safety Car came out and really after that there was no opportunity.”

The 2008 World Champion reported a problem with his eye on lap 58 and he started to lose time.

“I had quite a bit of wind coming in, I got close to Nico at one stage and I got some debris or dirt in my eye,” he said.

“I was driving with one eye, which is virtually impossible to do. Through low speed corners I had to close the eye, which made it worse, but with five laps to go it cleared up and I was able to stay ahead of Daniel.

“I drove with all heart and drove fairly all weekend. I leave today quite happy and go in to the next race with even more energy and a new determination.”