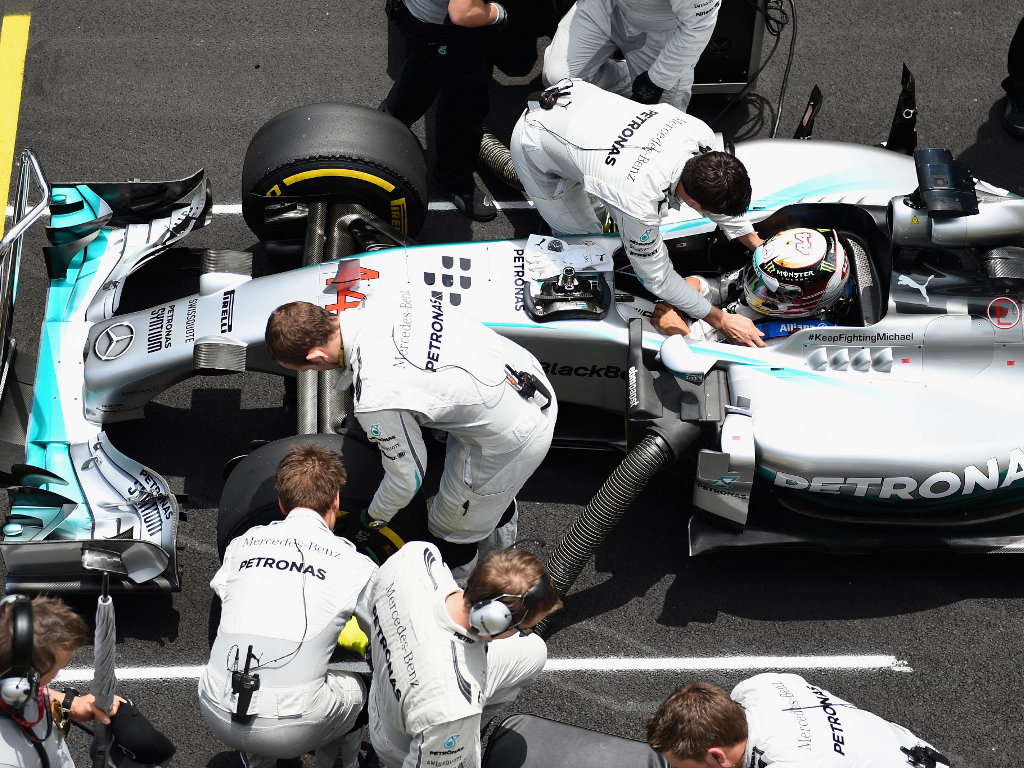 With 50 points up for grabs in Abu Dhabi, Lewis Hamilton says he heads into the season finale with “zero comfort” from his 17-point lead…

With 50 points up for grabs in Abu Dhabi, Lewis Hamilton says he heads into the season finale with “zero comfort” from his 17-point lead.

Mercedes’ 11th 1-2 result of this season, which the team recorded in Brazil on Sunday, went in Nico Rosberg’s favour so the Championship protagonists will head into the final race of the season separated by just 17 points.

While in normal circumstances that would put the advantage firmly in Hamilton’s favour, with the new double points rule anything could happen.

There are 50 points on offer for winning the Abu Dhabi GP, which has given Rosberg more scope to fight back.

It has also taken anyway any comfort Hamilton would have had in past years with a 17-point lead.

“There is zero comfort going into the next race,” the British racer told BBC Sport.

“There are 50 points to gain. The last race, you never know what’s going to happen, so I’m going there to win.”

A win, or even a second place, would guarantee Hamilton the title while on the other side of the garage, Rosberg has to finish fifth or higher to stand any chance of snatching the crown.

Hamilton, however, isn’t even entertaining the thought of that happening.

“Why would I think that?” he said. “It’s not the way to approach any race weekend.”

As for his opinion on the double points rule as the drivers who stands to lose the most from it, Hamilton said: “We need to keep on reviewing it. It’s good to try something and we’ll see how it goes this year.

“The important thing is that the fans are happy. We need to see if we keep on doing it or change.”

Related Link
Who Needs What To Win The Title