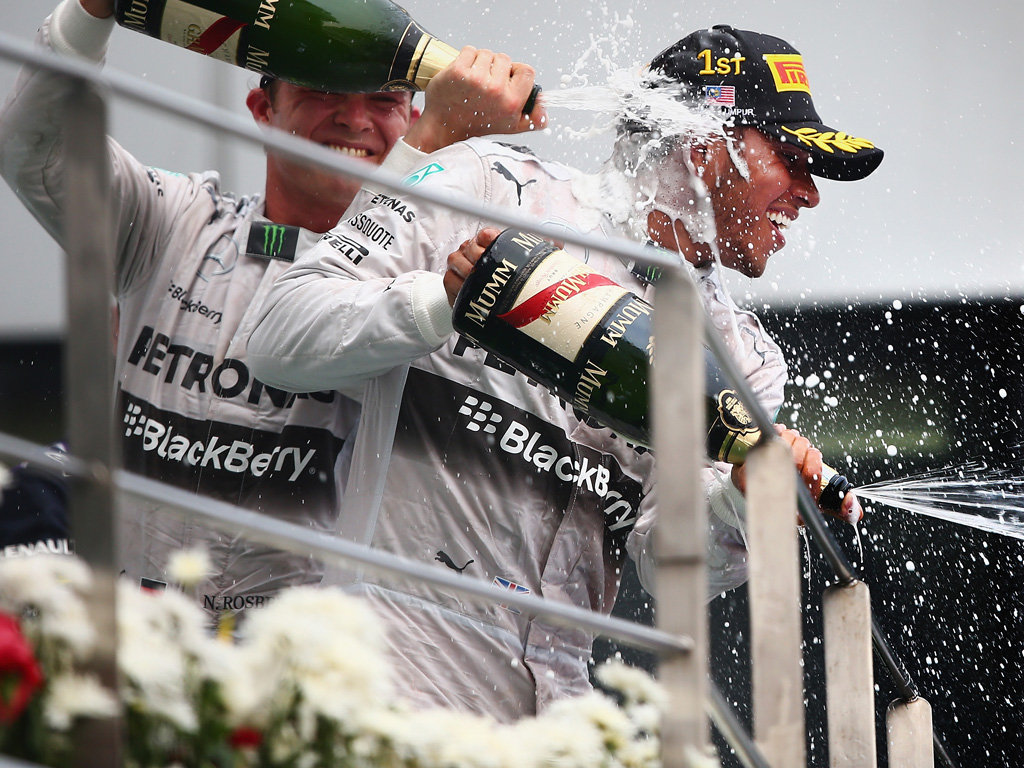 After failing to finish in Australia, Lewis Hamilton believes his victory in Malaysia last week will ‘kick-start’ his season…

After failing to finish in Australia, Lewis Hamilton believes his victory in Malaysia last week will ‘kick-start’ his season.

Although Mercedes were in dominant form throughout pre-season testing and the season-opener in Australia, where Hamilton qualified on pole, he was forced to retire early in the race and watched on as his team-mate Nico Rosberg claimed the victory at Albert Park.

Hamilton responded well to that setback and led the Malaysian Grand Prix last week from start to finish, while Rosberg finished a distant second.

Speaking to crash.net ahead of this week’s Bahrain Grand Prix, Hamilton noted that his victory last week had given him the confident he needed, even though he is already 18 points behind Rosberg in the Drivers’ Championship.

“It was great to kick-start my season with a win in Malaysia,” Hamilton told crash.net.

“Taking a one-two was also a fantastic result for the team and I can’t wait to see what we can do in Bahrain.

“I’ve finished on the podium here a couple of times here but, for one reason or another, I’ve never managed to get the win. Until last week it was the same story for me with Malaysia, so fingers crossed this can be the year of breaking those cycles!”

Even though the races at Sepang and Sakhir take place only a week apart, Hamilton added that he is expecting tougher opposition in Bahrain.

“Malaysia was a really busy event for the team and we have a test coming up straight after this weekend’s race, so it would be great to give the crew another good result to head home with after a long road trip,” Hamilton added.

“We know it’s going to be tough to maintain our current form, particularly at a circuit where every team has had so much running time over the winter, but I’ll be pushing hard to keep those results coming.”