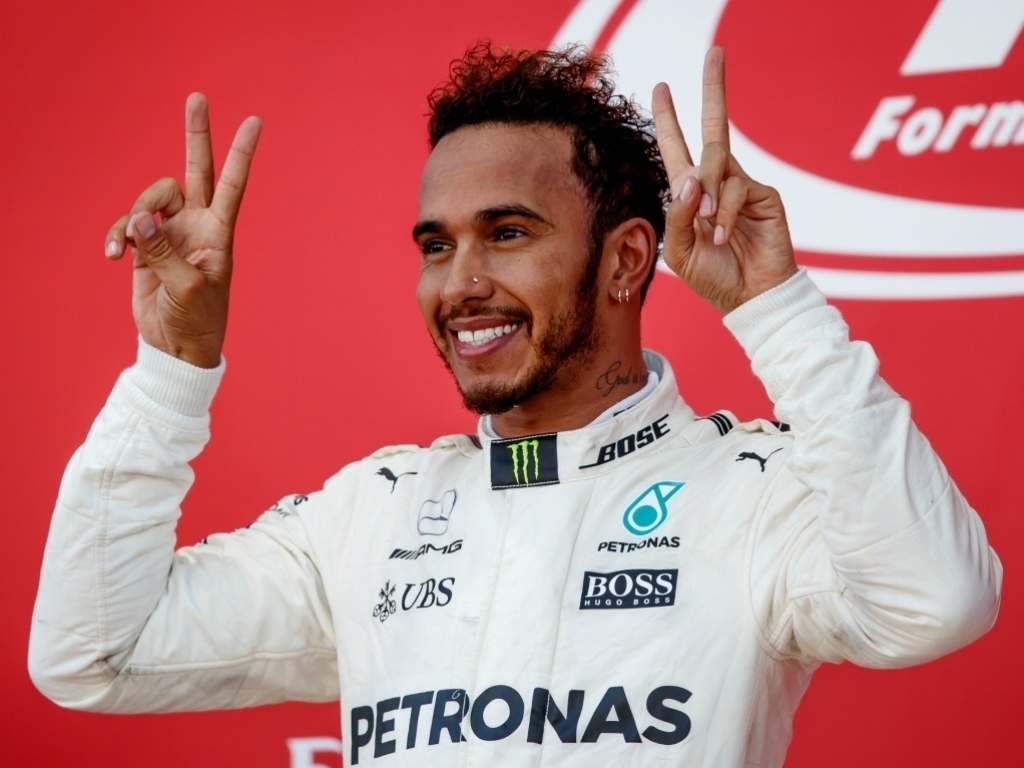 Lewis Hamilton has teased a possible appearance at the Indianapolis 500 “one day” after being drawn to Takuma Sato’s ring for winning the 2017 race.

The Brit opened up a 59-point lead in the World Championship standings after a hard-fought victory in Japan, but had other things on his mind after the race.

“Wow, you’ve got some bling, where did this come from?” Hamilton asked podium interviewer Takuma Sato, winner of the 2017 Indianapolis 500, when seeing his big, shiny ring on his right hand.

Sato returned to Hamilton after interviewing Max Verstappen and Daniel Ricciardo, prompting him to ask about it again.

He said. “Can I try this ring? Just to see if it’s worth me going and doing it one day.

Hamilton then tried it on before saying: “Looks pretty good.”