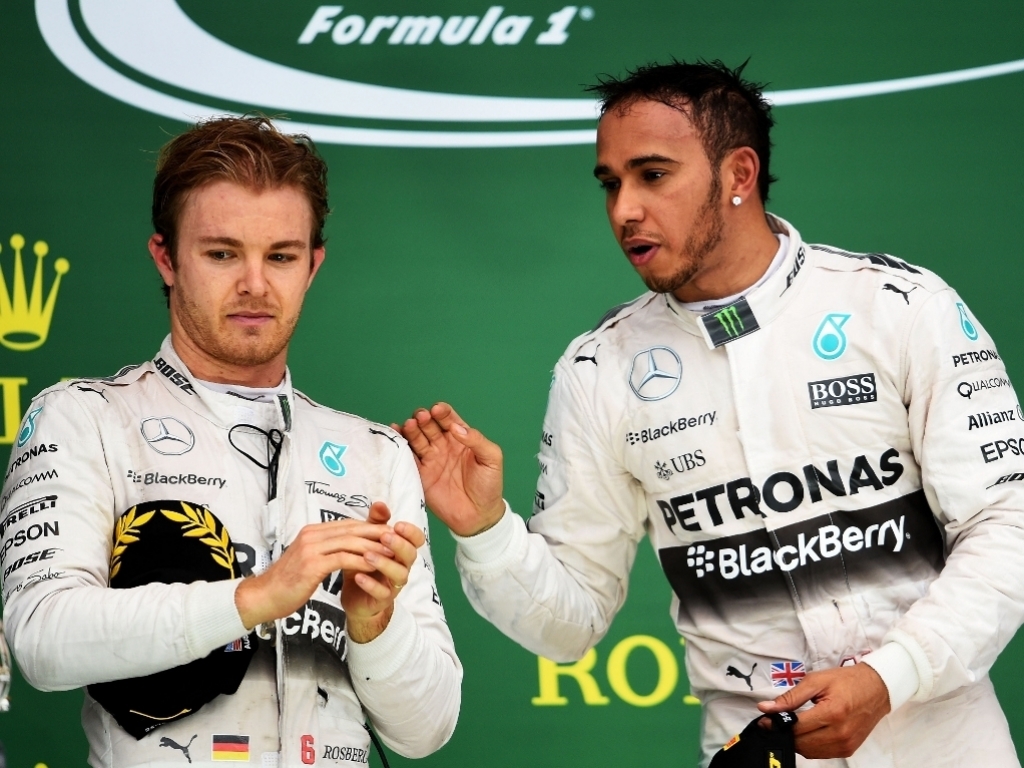 Lewis Hamilton has accused fellow Mercedes AMG Petronas driver of “complaining” too much during the 2015 season.

The teammates had some heated battles during the season and eventually went on to finish in first and second place respectively on the driver's championship.

"You've seen he complains about a lot of things. But you kind of let it go over your head because that's just the way he is,” Hamilton told the BBC.

The 30-year-old Englishman says that the pair's difference could come from the contrasting childhood's, with Hamilton having grown up on a council estate and Rosberg spending his childhood in Monaco as the son of 1982 Formula 1 champion Keke Rosberg.

One of Rosberg main complaints this season was that Hamilton was too aggressive in passing, in reference to incidents at the Japanese and US Grands Prix.

Rosberg was forced off the track in both cases, but Hamilton insists this is part of the sport.

“On the racing side of things you have to be tough. You can't be nice out there, and go: 'Hey, here's some space.' I mean business,” he said.

"I'm not here to make friends, to finish the race and say: 'Hey, that was a lovely race, chap, you were so friendly with me, you let me win.'

"This is the one opportunity and you take it. That doesn't mean wiping someone out or cheating but you have to be fierce, strong and hard to as much of the limit as you can be. And you can ask every world champion, if you're on the outside, you have to back off."