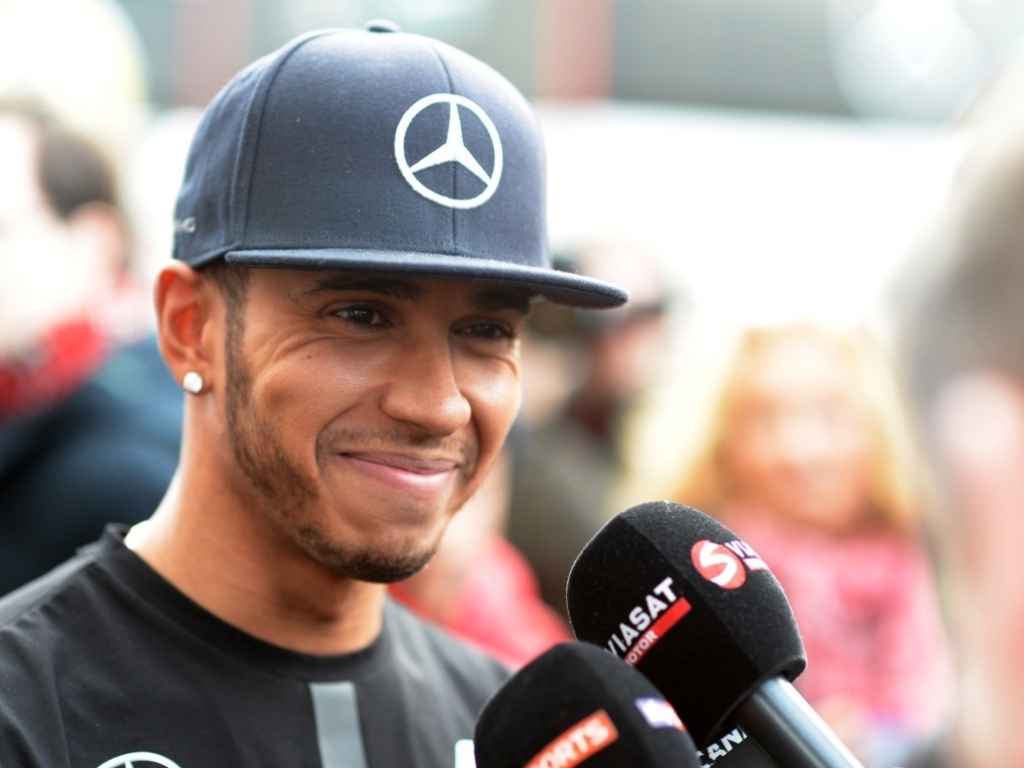 Outpaced by Ferrari in Monday's running at Jerez, Lewis Hamilton is adamant positions are "really irrelevant" at this stage of the year.

The double World Champion had his first day in the W06 on Monday, replacing Nico Rosberg for Day Two at the Spanish track.

However, unlike when his team-mate was behind the wheel, it was not all smooth running.

A water leak, the result of a "failed part", cut short Hamilton's day, limiting him to 91 laps compared to Rosberg's 157.

He was also unable to launch an attack on the timesheets, finishing fourth fastest with 1:22.490, which put him 1.506s behind pace-setter Sebastian Vettel.

Hamilton, though, isn't at all fazed by the deficit to the Ferrari driver.

"Today we were just driving around and weren’t trying to do fast laps or anything," he told Sky Sports News.

"I’m sure that [how different the W06 is] perhaps will become more evident when we put the car on the limit.

"Through testing everyone is using different fuel loads so it’s really irrelevant what position you are. What’s important is reliability and to prove out the car."

And despite the issues on Monday, the reigning World Champ says he is happy with Mercedes' latest design, the W06.

"It was good. It’s great to see in the first two days we’ve had such good running and such good reliability.

"That’s a really good step for the first two days and we’re going to continue to work on that, naturally that’s the foundation we want to improve on.

“The car feels good. I can’t really say too much more about it yet. We’ve just been driving around, which is not the most exciting part of testing that’s for sure."

Vettel quickest as Mercedes falter
Gallery: Soaking Up The Sun At Jerez