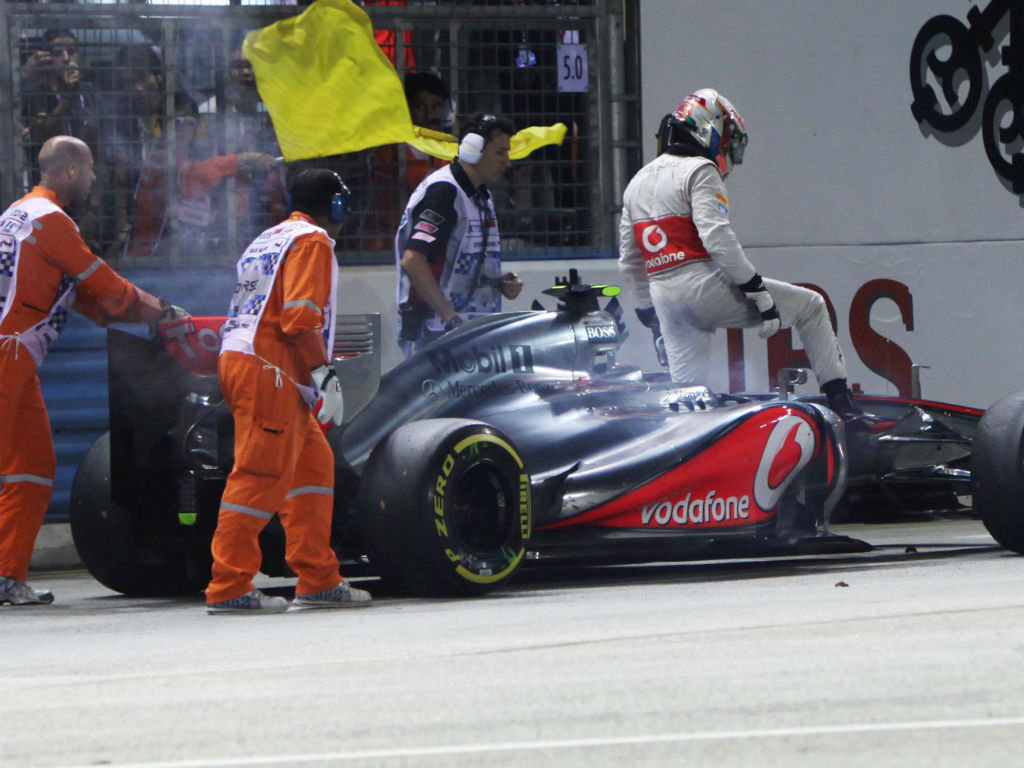 Lewis Hamilton fears he may be left to rue his missed opportunities and DNFs when all is said and done at the end of this season.

The McLaren driver suffered his third retirement in five grands prix on Sunday night in Singapore, dropping him to fourth in the Drivers’ Championship where he trails Fernando Alonso by 52 points.

The latest retirement was even more disappointing given the fact that Hamilton had been leading the grand prix at the time. But, as he puts it, “that’s life.”

“We’ve just been a bit unlucky,” he said.

“You can’t afford DNFs and we’ve had far too many this season.

“We had opportunities at the start of the year and didn’t take them.

“Now we’ve had them again and unfortunately other things have intervened. That’s life.”

The 27-year-old, who is rumoured to be deciding between a new McLaren contract and a move to Mercedes, refused to heap scorn on his team for Sunday’s retirement, the result of a gearbox failure.

“They are working as hard as they can,” he said. “These things just happen when you are in a fierce, competitive year.

“It’s not their fault over Grosjean or Maldonado’s collision or the puncture in Germany. It’s just unfortunate.”