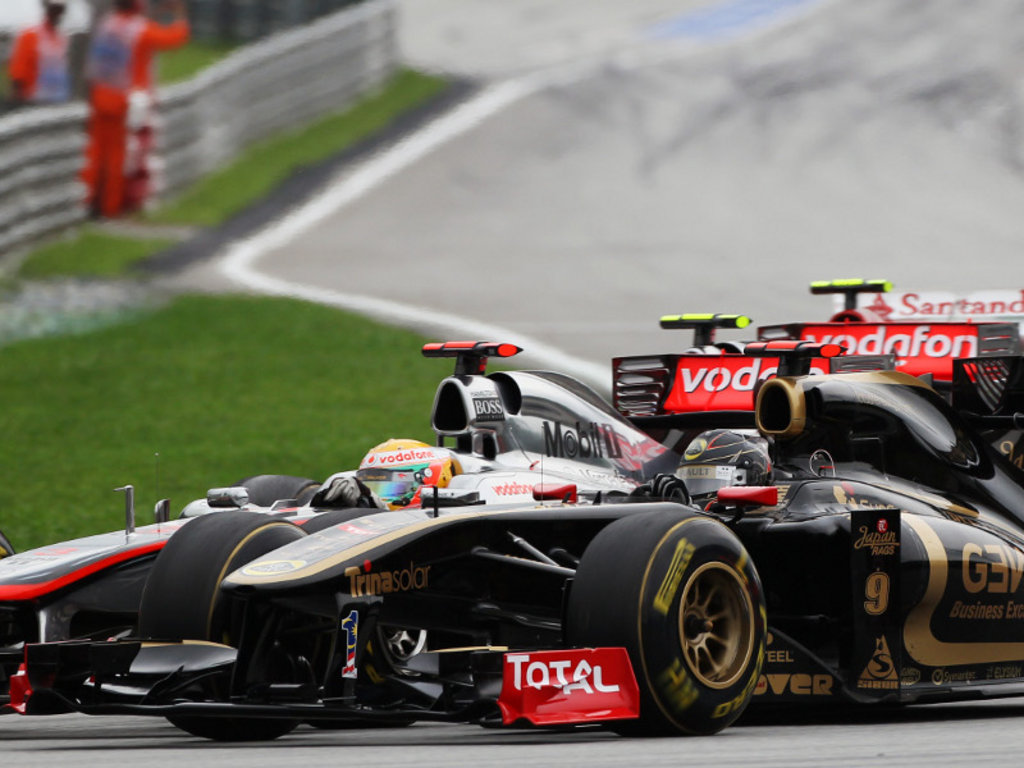 Lewis Hamilton felt it “was just one of those days” after he was forced to settle for seventh place at the Malaysian Grand Prix.

The McLaren driver looked good for podium finish for most of the afternoon, but he lost momentum during his third pit stop after a fumble by one of the mechanics in the pits slowed him down.

That allowed his team-mate Jenson Button to edge ahead of him for P2 and things went from bad to worse after Ferrari’s Fernando Alonso made contact with his MP4-26 while they were battling for the final podium spot.

Hamilton was forced to make another pit stop and he eventually nursed his car home in seventh place.

“This is racing, I guess,” he told BBC Sport. “I started second and did everything I could to keep up and I don’t really have too much to say. At the start I got stuck behind [Nick] Heidfeld, I had Jenson on my inside and Heidfeld on my outside so squashed into Turn One. It was difficult to defend without hitting them.

“Through the race, my tyres went off, we boxed too early, that made us box earlier again, all the time we were boxing early. My tyres were done on the end. It was just one of those days.”

The Brit’s woes were compounded, though, when after the race he was handed a 20-second penalty by the stewards, who deemed he was too aggressive in his defending against Alonso.

As a result, Hamilton dropped from seventh to eighth in the classification.