Home Uncategorized Hamilton: The best against the best 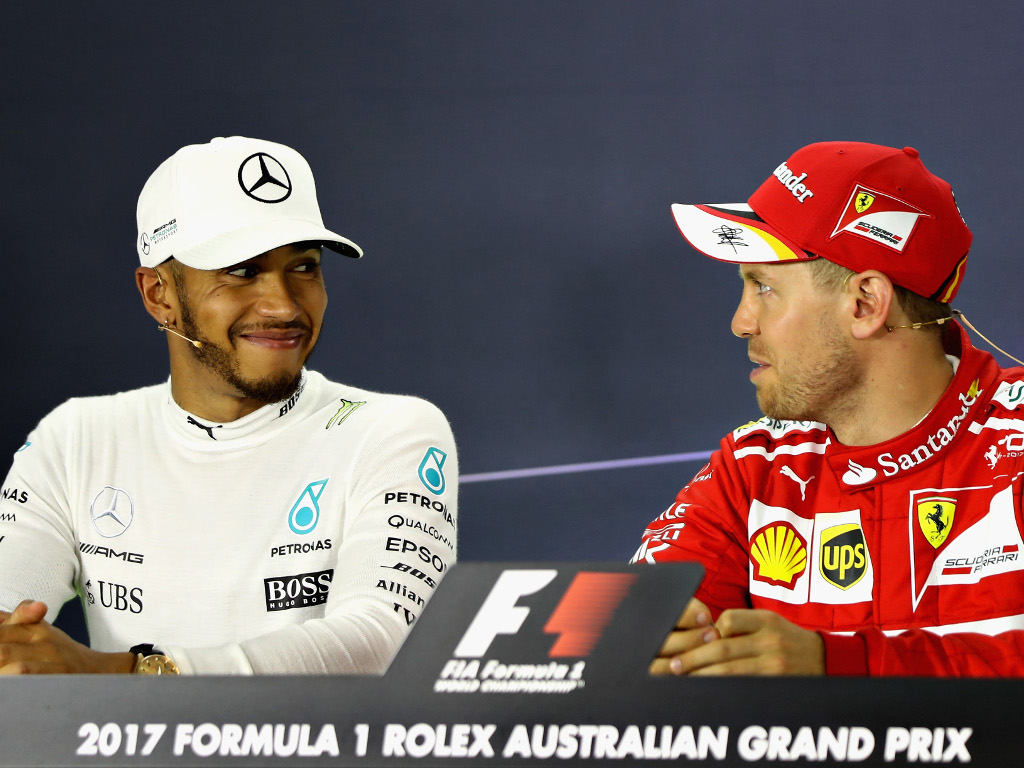 After Sebastian Vettel’s charge to the victory in Melbourne on Sunday, Lewis Hamilton is predicting that Formula 1 will see the “best against the best” this season.

Ferrari claimed their first race win since 2015 around the Albert Park circuit, which was also the Scuderia’s first win in Australia in 10 years.

The German took the win by 9.9s ahead of Hamilton with the other Mercedes driver, Valtteri Bottas, in third place.

It was a marked difference to a year ago when former Mercedes Nico Rosberg raced to the win ahead of Lewis Hamilton with Vettel third, 9.6s off the pace.

Only time will tell whether Sunday’s win will set up a title tilt for Vettel and Ferrari but Hamilton is expecting the battle to continue throughout the campaign.

Asked if he was anticipating a great challenge from Vettel than Rosberg, the Brit replied: “Definitely.

“This year you are seeing the best against the best with the best drivers at the top.

“We have a great driver in Sebastian winning four titles after his incredible surge into Formula One and he will continue to be a force for many years to come.

“It has been a privilege to be racing in an era with him and finally we are in a period of time when we can actually have a real race.”

As the compliments continued, Vettel was also full of praise for his rival

“I have great respect for Hamilton,” he said. “He has proven to be one of the quickest drivers on the grid and I would love to have a close battle.

“Right now it looks like we have equal machinery and I hope it stays that way.”