Home Uncategorized Hamilton: The edge I have is in my ability 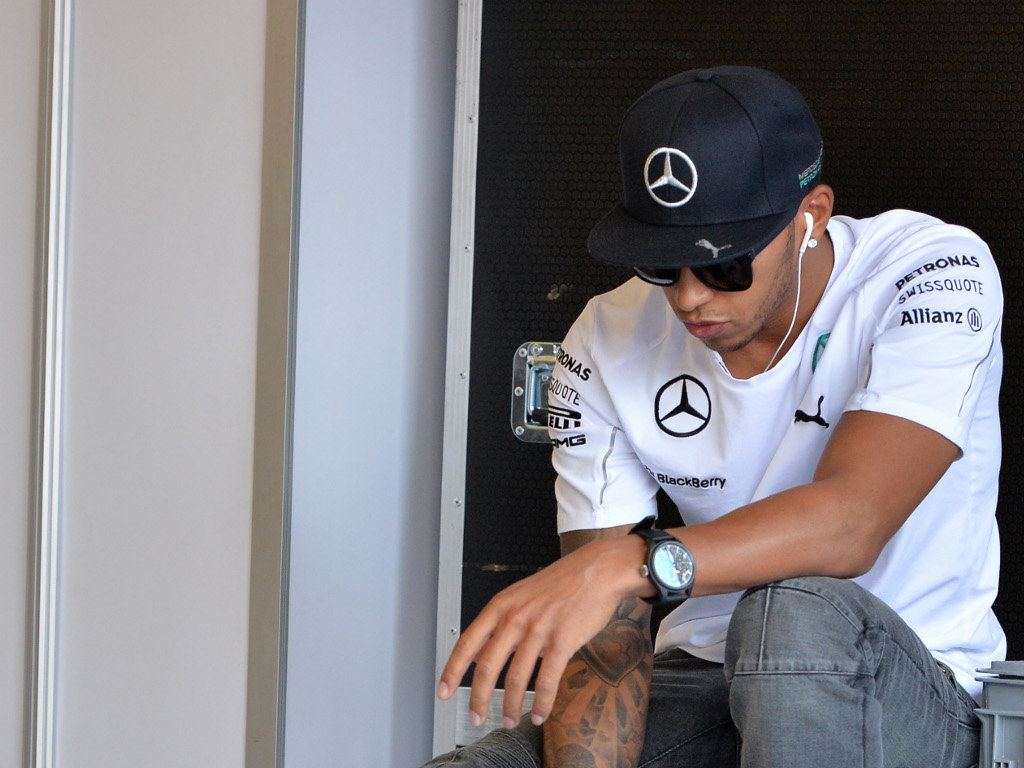 Lewis Hamilton believes he has an “edge” over Nico Rosberg in terms of ability and will use that to haul him in as he cannot count on DNFs for the German.

The Mercedes team-mates arrive at Silverstone first and second in the Drivers’ Championship with Rosberg 29 points ahead of his team-mate.

Although Hamilton has more wins than the German, four to three, he is also leading the tally for retirements, two to zero.

His DNFs have allowed Rosberg to edge ahead, however, Hamilton is confident his “ability” will give him the opportunity to catch his team-mate.

Asked by PA Sport if it would eventually balance out, the British driver said: “I’m not convinced that’s the case.

“That would mean in the next 11 races Nico would need to have two he does not finish, and I do not think that is going to happen.

“I cannot rely on that, I just have to focus on doing better than him, which I am capable of.

“The edge I have is in my ability. That is the gift I have and I have to utilise it this year more than ever.”

The 29-year-old British racer, who won his first and only World title back in 2008 with McLaren, is drawing strength from his Austrian GP recovery.

Last time out at the Red Bull Ring, a mistake in qualifying meant Hamilton started the grand prix ninth on the grid. He finished it second.

“I’m happy I managed to recover that weekend. I earned my money, so that was good,” he revealed.

“I know I’m 29 points down now, but even though I’ve not finished as many races as I would like and I lost another seven points to Nico in Austria, there’s still a long way to go.

“I had a lot of pace in Austria, and although I didn’t capitalise on it, I’ll take it into the British Grand Prix and make sure I do.

“I’m excited about our pace. I’m going to Silverstone with the best package I’ve ever had, so I’m thrilled about that.

“I just have to execute that pace over a weekend, so I will work hard to make sure I do that.”

Hamilton will be chasing his second British GP victory this Sunday having lost out last season when a Pirelli tyre failure put him out of the lead.

“Last year was my best chance of another win and I should have won that one.

“I have definitely had my fair share of bad luck, that’s for sure, so hopefully moving forwards positive things will happen.

“At least in going to the British Grand Prix – for any athlete going into an event in their home country – performing for the fans and the support you have is significantly more than any other place you go.

“It’s just the most incredible feeling, particularly with the difference you can make to those individuals’ weekends.

“When I won the race in 2008, I had so many messages of support. Even today people tell me their dream came true that weekend.

“That’s a real positive. Lots of positives come from these events so I’m excited to be going back there this weekend.”